Standing On The Verge 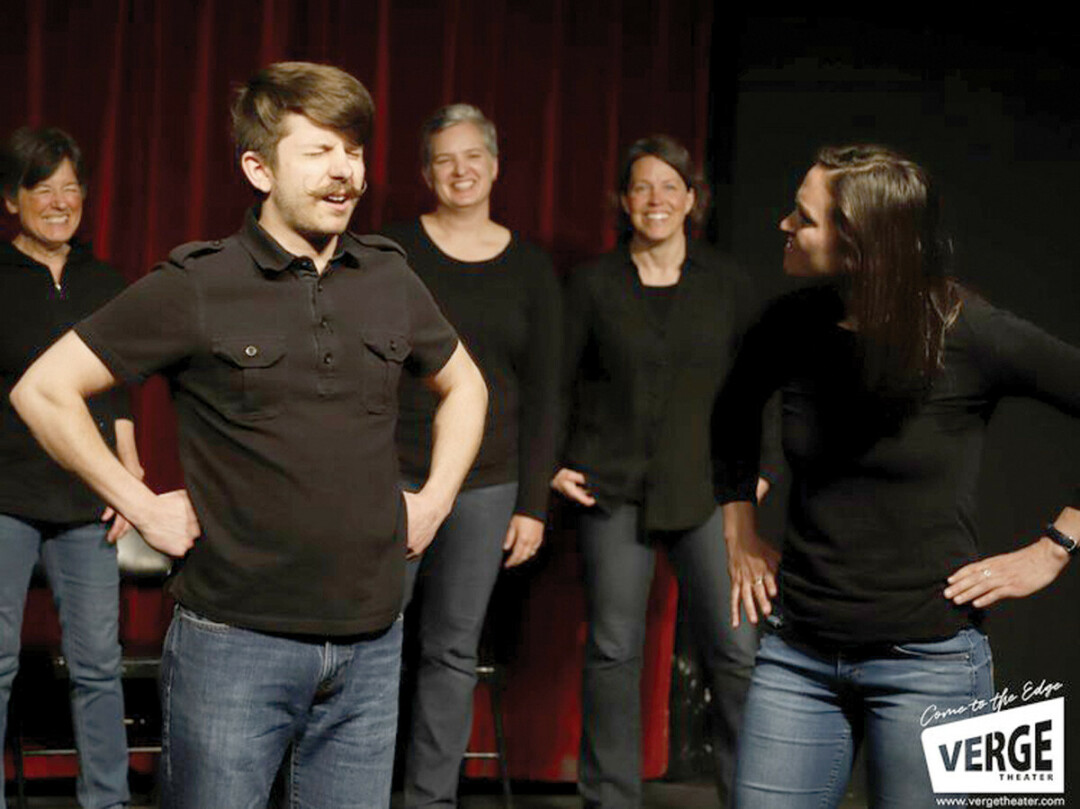 Bozeman has a vibrant performing arts scene, full of creative folks who work hard to put on productions for our community. The COVID-19 pandemic has taken a serious toll on artists of all kinds; many creatives are struggling to make ends meet. Because of restrictions placed on the number of people allowed to meet in a space, most in-person performances have had to stop completely. When so much of the experience of live theater is wrapped up in a collective experience, it can be difficult to replicate that experience virtually.

The Verge theater, founded in 1994, has been a staple of live community theater performance and instruction here in Bozeman. The theater is known for its annual production of The Rocky Horror Picture Show, Improv on the Verge and Silly Moose Comedy. Recently, I spoke with Executive Director of Verge Theater Hilary Parker about the state of theater during the pandemic, the importance of comedy during these difficult times and what the Verge plans to do in the coming months.

CP: How would you describe the Verge’s place in our community?

HP: Verge has a twenty-five-year history of performing thought-provoking and critical pieces, pieces which are timely and which always answer the question: why this play now? When we choose plays, we’re looking for things that are contemporary, typically written in the last 10 years or so, and that makes us unique in the Bozeman theater scene and arguably in the artistic scene as well. Bozeman has a cowboys and Indians tendency to its art scene, nothing wrong with that, but what we like to bring is a little bit more of a contemporary urban sense in terms of the classic and timely questions that we are asking. Who are we? Where are we going as a species? What are our responsibilities? How do we care for each other? How do we live with one another? How do we maintain different approaches to this life, but do it in harmony?

CP: How has the Verge been doing during the pandemic? What kinds of challenges have you faced?

HP: Challenges and opportunities. What basically happened was we called the board together in March, when it was clear that we were in a pandemic situation and that we were going to handle the pandemic here in Montana. There was no reason to think that we weren’t going to be a part of it, and we would likely need the board’s quick action should we need to shut down. On March 12th, we made the decision to shut everything. And that meant no one going into the theater, no one going into the office. We stopped all rehearsals. We were luckily in a break between classes, so we didn’t have to stop any of our classes. Instead of meeting in person, we made the spring classes virtual. And that continues, our virtual education continues. But it meant looking at the forecast for what a pandemic shortage would mean; we’d seen Broadway shut down. It was sort of a thing where theater went “Yeah, that’s not going to be a place where people want to congregate during a pandemic.” We know this from our history with the 1918 flu pandemic as well. Theaters were the first to halt production and some of the last to reopen. And so that’s a struggle for us. We want to make beautiful theater. Art and theater are an in-person thing. Can we get by online? Absolutely. Can we meet and be resilient? You bet. And we’re doing that, but it’s not the same. Still, the board and Verge’s leadership is and remains committed to lowering community spread. So, we are not meeting in person. We could have an eight-person class meeting right now with masks on. We are choosing not to do that because we feel like it is just not necessary.

Every chance we get to protect members of our community, we are going to take; that’s just part of who Verge is. In March, we started negotiating with our landlord and saying, look, we don’t think we’re going to be bringing in any real income over for productions for quite some time. March was the last time we paid rent. Once August came around, it became clear that we were going to be doing this for a while and we had agreed with the landlords that if they found another user for our space, that we had right of first refusal to start paying on the space. And in fact, they did find that person. And the board decided that because the space, although it was our home for twenty-two years and we love that space, but because the space had been too small for some time - the best move, during a pandemic that we weren’t expecting, was to pull up roots and go homeless for a little while.

So that’s what we did and pulling the stage and the risers out of that theater, I mean, a number of board members and I did it by hand - was heartbreaking. It’s just absolutely heartbreaking. Twenty years in one place. That was a low point, but we did it to keep our options open, to remain viable as a theater. We have gotten grants from the state to help us survive COVID, we could have spent that money paying on a space we weren’t using and then gone out of existence. We chose to keep the money to keep our education programs going and to keep our outreach with local schools all virtual and the prison program also virtual. We chose to fund those efforts instead of funding a building that no one was using. So we’re taking this time to work with the board on what’s next for Verge. We think that will eventually mean a new home, but 2020 has been a dumpster fire, and we are as theater artists, really good at improvising. So we’re improvising. We are taking what 2020 gives us and making the best decisions we can for the future of the theater.

CP: How is the Verge operating right now and what sorts of programs are going on?

HP: We have three adult classes that we are offering virtually as well as our teen theater, fall production. So that’s happening all virtual. We’re working with several instructors on all of those classes and our director of instruction, Kate Britton. Other than that, we are reviewing scripts to see if we might pull together a virtual production. But we wanted to get through the election before deciding much of anything about how firmly we want to commit to virtual production. And here’s why: theater on a screen is either television or movies. It’s not theater. Theater is a live, in-person event. And if you had seen something in our previous home on North Seventh, that little theater was a womb - you couldn’t help but catch feelings there. You couldn’t help but feel like you were part of the whole production. It’s just not the same, virtually. And so what we want to do is we want to hopefully find some scripts that do work virtually and that give our theater artists a chance to collaborate because that just keeps all of our moods up. 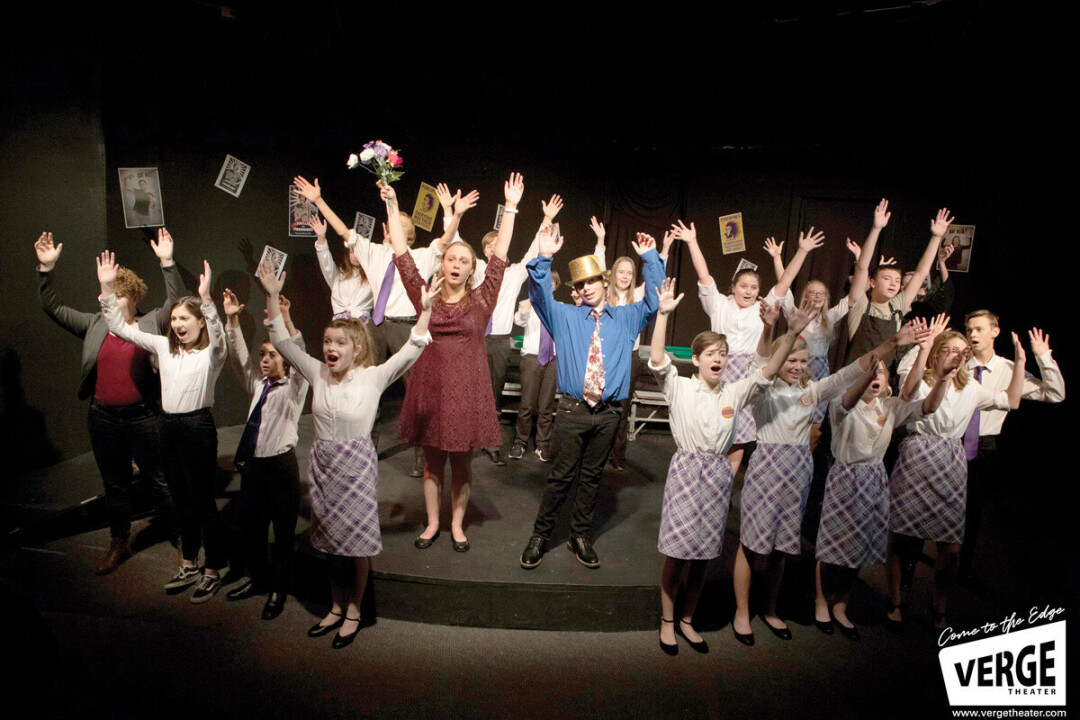 CP: You spoke a little bit about this, but is there more you want to say about the place of theater and comedy right now?

HP: One of the things that Verge loves to do is connect with our most vulnerable populations in Gallatin County, including working with the prison system, and we hear all the time when we do prison theater and improv in prisons about the life force that it offers. That’s not just for the incarcerated, that’s for everybody. And all of us are experiencing a certain level of stay at home right now. We all feel a little cooped up and in need of the joy, the belly laughs, the unexpected surprise that theater brings - particularly improv. I think a lot of focus is given to artists, music, movies, television writers, all of those amazing artists. Theater is less so only because, again, it’s a live event, but theater instruction can be done virtually. We’re having great success doing it virtually and it always leaves people feeling so much better than when they signed on.

CP: What has the virtual aspect of teaching been like?

HP: One of our chief questions going into virtual instruction was: “Would it be the same?” And of course, it’s not the same. But our teachers bring a level of physicality to the Zoom classes that really make people feel connected to one another and as though they are really, from a bodily perspective, very much engaged. You know how some Zoom meetings you kind of feel like your head becomes a computer - this is not that; this is my body is glowing with laughter and connection. That is possible, and we have found great success with that. And we are so grateful for that because it means that our work can continue in terms of helping people connect, grow, laugh and play.

CP: Are there any events that people could look forward to for the holidays or any other special events happening?

HP: Yes, we are going to put on a broadcast version of She Kills Monsters, and that is on December 4th (https://www.vergetheater.com/teen-theater). It’s going to be a free staged production that people can join on Zoom. We’ve used a bunch of different technology and woven them together so that what you’ll get will feel more like watching a staged play than just the Brady Bunch boxes. The technology has improved since March, and we’re really grateful for that. That’s our teen theater showcase. And any time I get a chance to watch our teens, I am both amazed by their level of talent, but also just blown away by what it so clearly gives each of them in terms of their resilience, their connection to each other, their sense of acceptance in the group. It’s really some of the best work we do.