Like so many events and activities in the past year, the Backcountry Film Festival has gone virtual. But while viewers can now watch the tales of recreation in winter landscapes from their homes across the state (and outside of it) rather than gathering together in Big Sky for the screening, its local impact is still significant.

The annual film festival is produced by the Winter Wildlands Alliance (WWA), a national non-profit organization that aims to protect winter wildlands.

“We make sure that the places we love to play during the winter are protected, and that it’s a place you can go year after year, and that you can have a guaranteed magical experience out there,” WWA Events and Marketing Director Melinda Quick said.

The festival is currently in its sixteenth year, and “celebrat[es] the stories that come out of our backcountry communities, as well as local policy and advocacy stories,” she said.

This year, their program consists of twelve documentary and ski films. One of the shorts, “Yellowstone Gateway” by The Conservation Alliance and Uncage the Soul Productions, recounts several Livingston, Montana residents’ successful effort to prominently protect over 30,000 acres of public land at the gateway to Yellowstone National Park from the risk of industrial-scale gold mining.

Quick said that they received a record number of submissions this year and are excited by the lineup, which she said was “fun” to program.

“We have some crazy stories, she said. “It’s a wide range of experiences on film.”

The festival typically travels to over one hundred locations across the U.S. and beyond for in-person screenings, which are hosted by area grassroots groups and non-profits as fundraisers. It’s an event that not only benefits the local organizations, but also helps to bring the backcountry community together, according to Quick.

This year is unique in that due to concerns over the coronavirus, the festival is happening online. However, the WWA is continuing to connect with organizations for local, remote screenings and wants to make sure that they still have an opportunity to engage with their communities and raise money.

“The Backcountry Film Festival is usually a turnkey fundraising event for these groups,” she said. “We nixed the fee that we typically charge to host and are working with all of our groups to make sure that there is mutual success.”

The festival made its way, digitally, to Montana on January 28 and individuals will be able to purchase tickets and stream the films from now until February 18. It’s being hosted statewide by the Montana Wilderness Association (MWA), a grassroots wilderness organization that was founded in 1958, and aims to “protect Montana’s wilderness heritage, quiet beauty, and outdoor traditions, now and for future generations,” according to its website.

The MWA has seven different chapters across the state, and each chapter of the organization will benefit from the festival ticket sales that happen in their geographic location.

The Madison-Gallatin Chapter, which has approximately 520 household members and covers the regions of Madison, Park and Gallatin Counties, previously hosted the film festival in-person for one night only in Big Sky. This year there will be a much larger window to catch the movies and no location restrictions, so the chapter’s President Tom Ross hopes more people will get involved, including those who aren’t currently in Montana. 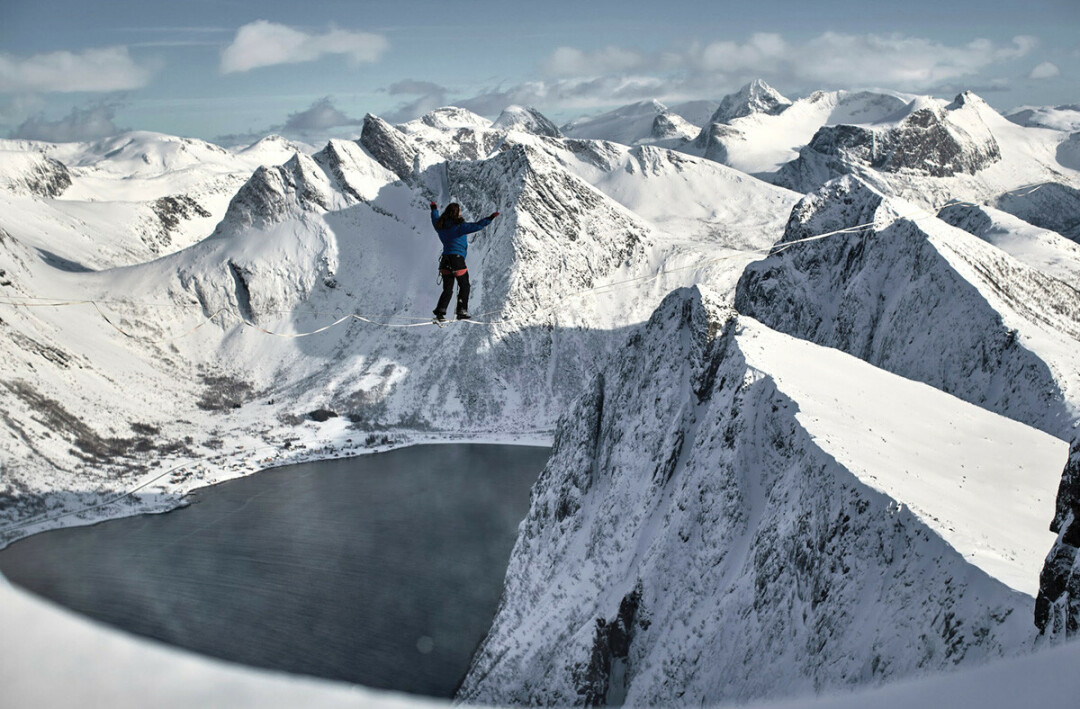 “We are encouraging people all across Montana and elsewhere to participate. We have a substantial number of out-of-state members, and we’re hoping that a lot of those (folks) will chime in as well,” he said. “It’s essentially the only fundraising event that our chapter holds, so it’s very important to us.”

In addition to supporting state-wide wilderness campaigns and initiatives locally, the Madison-Gallatin Chapter of MWA offers wilderness walks, an essay contest for high school students, wilderness-themed lectures from experts, has a volunteer-led wilderness steward program, supports the Gallatin Forest Partnership in their efforts and conducts trail maintenance. While many in-person events were canceled in 2020 due to coronavirus concerns, the group hopes they’ll be able to safely restart them this year.

A portion of ticket sales from the festival in Gallatin County will go towards the MWA Madison-Gallatin Chapter, and “all those programs that our chapter undertakes will benefit,” Ross said.

Quick said that in the communities that have already screened the film, it’s been a welcome reprieve from everyday life right now and a way to “get excited for the snow.”

“So far everyone seems to be enjoying it as a way to escape and get stoked for the backcountry season.”

Tickets for the 16th Annual Backcountry Film Festival are $10 per individual or $20 per household and can be purchased at wildmontana.org/bcff. In order to ensure that proceeds go toward MWA’s chapters, tickets should be purchased between now and February 18. Ticket-holders will have seven days from pressing play to finish streaming the films. Those who are interested in becoming a member of MWA or volunteering with the organization can learn more at https://wildmontana.org/join-us.

Jennifer Verzuh is a Bozeman-based writer, whose writing can also be found in the Belgrade News. She’s a native of Montana who recently moved back to the state after working in the entertainment industry in other parts of the country for the past few years. She enjoys hiking, camping, kayaking, cros