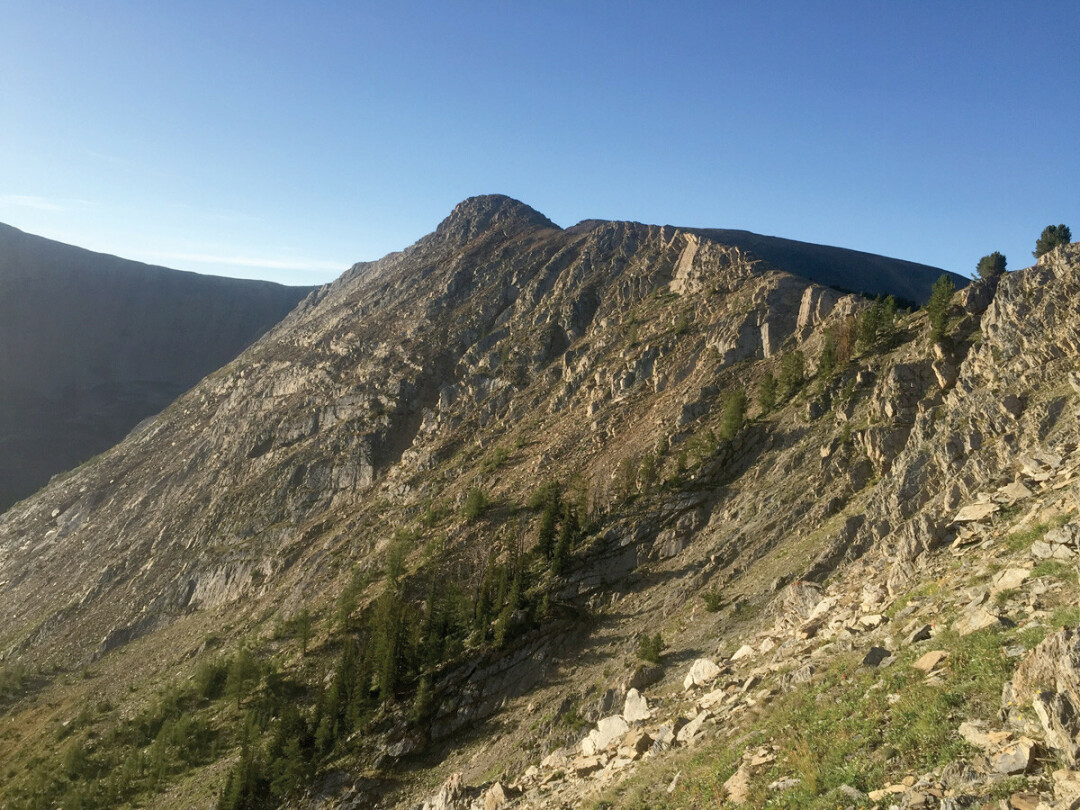 Located at the headwaters of the Columbia River Basin, nearly atop the Continental Divide, Butte, Montana, has adopted a new identity. Once known as ‘the richest hill’ – over 1.5 billion tons of gold, silver, and copper ore were mined from surrounding lands since 1860 – the City-County of Butte, Silver Bow, Montana, is now highlighting a different resource upon its hills with a new designation as a Gateway Community to the Continental Divide Trail.

The Continental Divide Trail (CDT), which spans more than 3,000 miles from the Canadian border to the Mexican border along the spine of the Rocky Mountains, travels to the east of Butte through the Beaverhead-Deerlodge National Forest.

In 2004, an effort to move the CDT off roads coalesced the community around the CDT and resulted in the construction of a single-track trail from Homestake Pass to Nez Perce Road. After constructing the trail near Butte, a group of community leaders came together to spearhead the effort to designate Butte as a CDT Gateway Community.

“Since 2004, community volunteers, organizations, and agencies in Butte have dedicated their time, expertise, and support to the completion of the Continental Divide Trail through Silver Bow County,” said City-County of Butte-Silver Bow Chief Executive J.P. Gallagher. “The designation of Butte as a CDT Gateway Community was the logical next step in demonstrating Butte’s commitment to the trails and recreation areas in our backyard. This new designation will only elevate the role of the people of Butte as stewards of the world-class Continental Divide Trail.”

CDT Gateway Communities are trailside towns recognized as welcoming destinations for trail visitors, and work in partnership with CDTC to maintain, protect, and promote the trail. After designation via a proclamation signed by the Butte-Silver Bow Chief Executive, Butte became the fourth city in Montana to earn the official CDT Gateway Community designation. 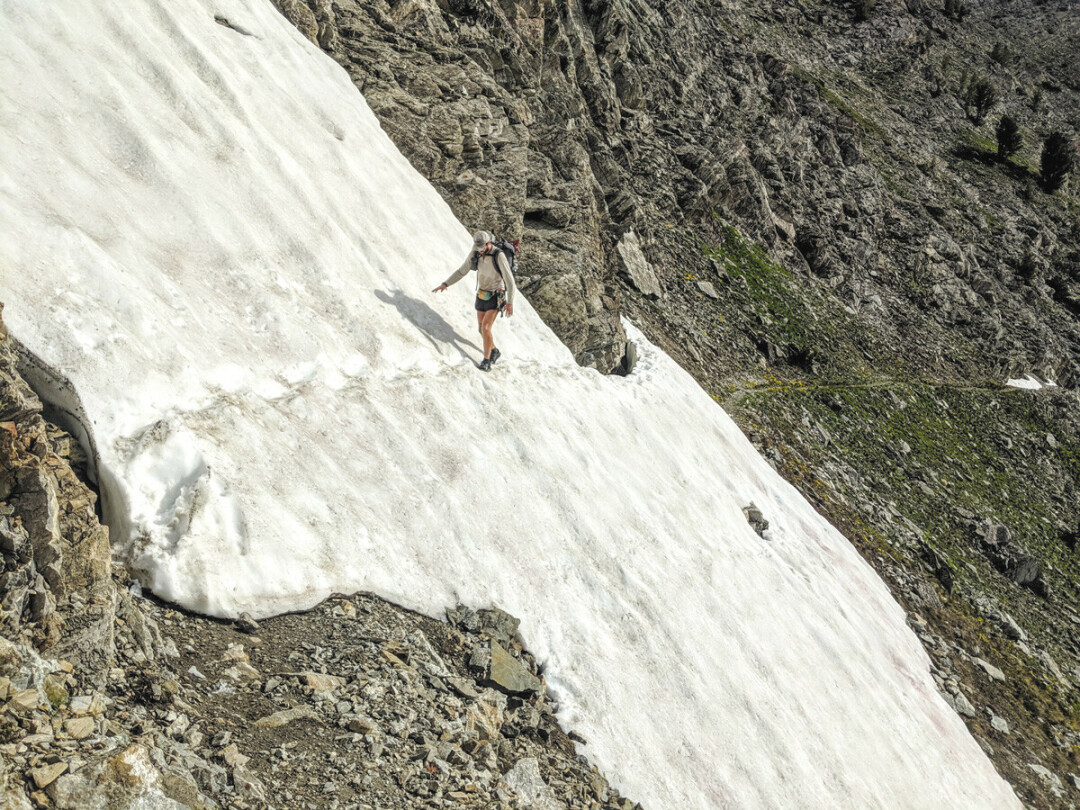 “We at CDTC see the Continental Divide Trail as more than just a path — it’s a connector of communities and landscapes. We are so proud of our Gateway Communities, which now include beautiful Butte, MT, for their diverse cultures, their stewardship of the trail and the ecosystems of the Divide, and their unique histories, all of which help make the CDT a world-class destination for outdoors enthusiasts,” said Teresa Martinez, Executive Director of the Continental Divide Trail Coalition.

Each year, trail visitors from far and wide travel to Montana to hike, ride, and bike on the CDT, which is world-renowned for its beauty, remoteness, and the often challenging recreational opportunities it provides. This year, the CDTC estimates that nearly 500 individuals are attempting to thru-hike the trail or travel along the trail from border to border. Residents say they hope the new designation will elevate the profile of Butte as an outstanding outdoor recreation destination and inspire residents to experience the CDT for themselves.

“Being a Gateway Community will help to highlight to locals and visitors the proximity the CDNST has to our community,” said Maria Pochervina of the Tourism Business Improvement District of Butte. “With 13 trailheads within roughly 30 miles from the city center, we will be able to assist those traversing the entire length of the trail or those who just wish to enjoy the CDNST for shorter non-motorized recreation.”

The committee of community members who spearheaded the designation process also hopes the designation will create new connections between CDT thru-hikers and local residents.

“I wanted Butte to become a CDT Gateway community because I didn’t want the city of Butte to miss out on the amazing people who pass through while they are determining to endeavor a serious beast of a hike or ride, as much as I didn’t want those amazing people to miss out on this amazing town,” said Lucy Ednie, who serves on the Butte designation advisory committee. “There is a symbiosis here, I think, and when two good energies combine, a sort of synergy tends to follow.”

Along with Butte, there are 18 additional Gateway Communities dotting the Continental Divide Trail, from small towns like Grand Lake, CO (population 282), to Helena, MT, the most populous Gateway Community at 32,000 residents, and the only state capitol. Near to Butte are Anaconda, MT, Lincoln, MT, Lemhi County, ID and Helena, designated in July 2020.

These communities’ locations near the northern terminus of the Continental Divide Trail make them well- situated to see thru-hikers and -riders at the beginning or end of their trips, depending on whether those travelers are heading northbound or southbound on their multi-thousand-mile journeys. And those are times at which a restful town visit may be particularly needed.

“There are few things in life that can compare to a hot shower and a good meal after you’ve been walking for months and months on end,” said Allie Ghaman, CDTC communications coordinator and 2018 CDT northbound thru-hiker. “Visiting a Gateway Community along the trail always made for a welcoming and enjoyable town stay (or “zero” in hiker slang, for zero miles hiked per day.) It’s wonderful to know before you even enter town limits, that a town’s culture shares the same appreciation and joy for the stunning landscapes of the Continental Divide Trail.”

Local businesses also see the Gateway Community designations as a demonstration of their town’s commitment to stewardship, support of local recreation, and pride in the unique ecosystems and natural places of the Divide.

“Outdoor recreation is an incredibly important economic sector for our community, and the BLDC [Butte Local Development Corporation] and Headwaters RC&D are excited about the new designation for Butte as a Continental Divide Gateway Community. As a community, we know the great outdoor assets that we are surrounded by, and we look forward to sharing these great experiences with more visitors from the CDT,” said Joe Willauer, Executive Director of BLDC and Headwaters RC&D.

So whether you’d like to enjoy lunch and some sightseeing after a morning’s bike ride, or need a shower and a rest after traveling thousands of miles, Butte is now officially a Gateway to the CDT.

About the Continental Divide Trail
The CDT is one of the world’s premier long-distance trails, stretching 3,100 miles from Mexico to Canada along the Continental Divide. Designated by Congress in 1978, the CDT is the highest, most challenging, and most remote of the 11 National Scenic Trails. It provides recreational opportunities ranging from hiking to horseback riding to hunting for thousands of visitors each year. While 95% of the CDT is located on public land, approximately 150 miles are still in need of protection.

About the Continental Divide Trail Coalition
The CDTC was founded in 2012 by volunteers and recreationists hoping to provide a unified voice for the Trail. Working hand-in-hand with the U.S. Forest Service and other federal land management agencies, the CDTC is a non-profit partner supporting stewardship of the CDT. The mission of the CDTC is to complete, promote and protect the Continental Divide National Scenic Trail, a world-class national resource. For more information, please visit continentaldividetrail.org.

Andrea Kurth is the Gateway Community Program Manager for the Continental Divide Trail Coalition. She works to connect rural mountain communities with the benefits of the CDT and lives in Frisco, CO