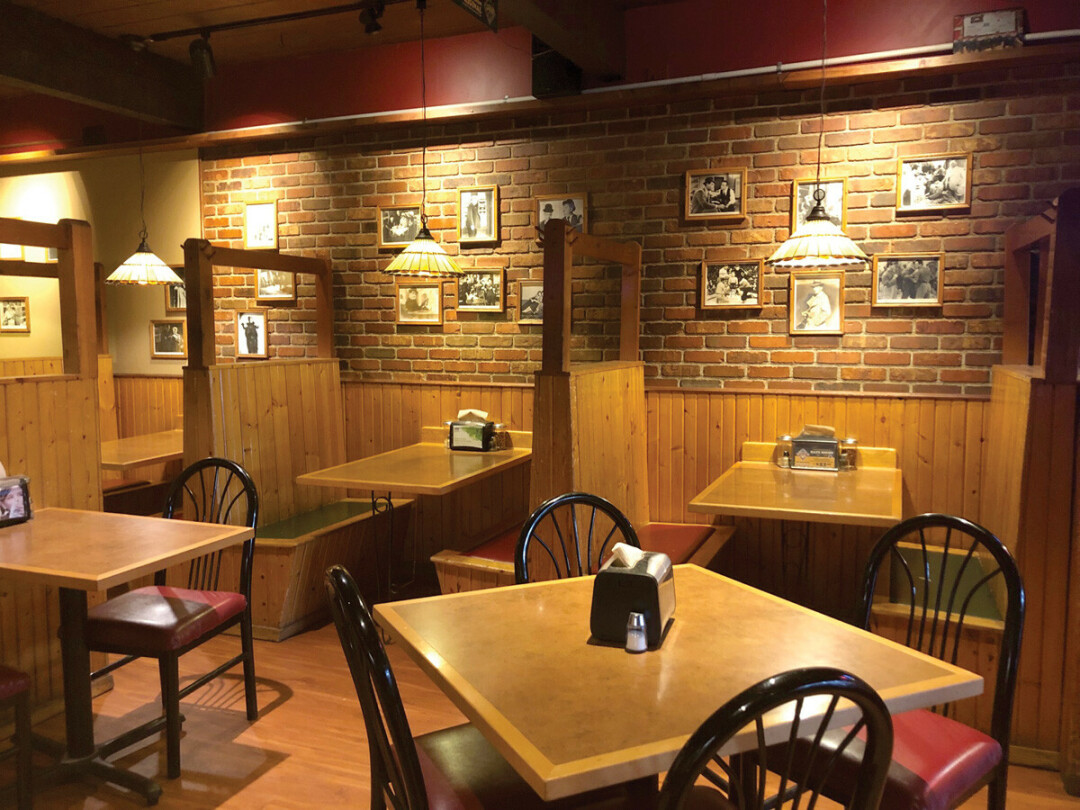 When you first walk into Colombo’s Pizza & Pasta and admire the black and white photos plastered upon the walls, you can begin to understand the deep-rooted family history that the restaurant was founded upon. It’s no wonder that Colombo’s continues to serve pizza with puffy crusts, gooey cheese and an intoxicating scent that’s guaranteed to intensify your hunger to customers who have been dining there since the eighties. For current owner Cassie Colombo and her husband Seth Cooper, it’s crucial to carry on the family tradition of a welcoming restaurant that’s heavily involved with its customers.

When founders Joe and Janet Colombo were getting ready to retire in 2009, Cassie was a recent University of Montana alumni located in Chicago who was beginning to understand that an office job wasn’t for her. So, when her parents asked her to help out at the restaurant, she knew it was where she was supposed to be. We relied on Cassie to share her family’s history and help us understand what makes Colombo’s a Bozeman staple.

Paige Anderson: How was Colombo’s conceptualized?

Cassie Colombo: My parents bought this restaurant in 1985. At that point, it was still Karl Mark’s Pizza and it had been since 1972. It’s important to note that the original spelling of Karl Mark’s wasn’t with an “x” but with a “k’s” because the original owners were Karl and Mark and they thought that was a funny play on words. But it did cause a few problems, because at the peak of the Cold War people were very upset about it. We would have people go outside in their cars and pray for us. Because we weren’t allowed to change the name for two years, so we operated under the name, Karl Mark’s and there were a lot of people worried for us.

My parents, Joe and Janet Colombo, had moved here from Beatrice, Nebraska in 1977 and it’s hard to make a living and support a family and they decided to buy this restaurant because they knew they would always be able to feed us. My father is from Long Island, but he went to Nebraska for school and met my mom there and then they moved West for the fishing.

I was seven years old when they bought the restaurant and I thought it was so cool because I would get all the soda pop I wanted, which I didn’t. I grew up here, I washed dishes here, I bused tables. I worked here briefly in college but then I went away to school. It was an interesting place to grow up because I still see some of the same customers and it’s pretty cool to have an extended family like that. 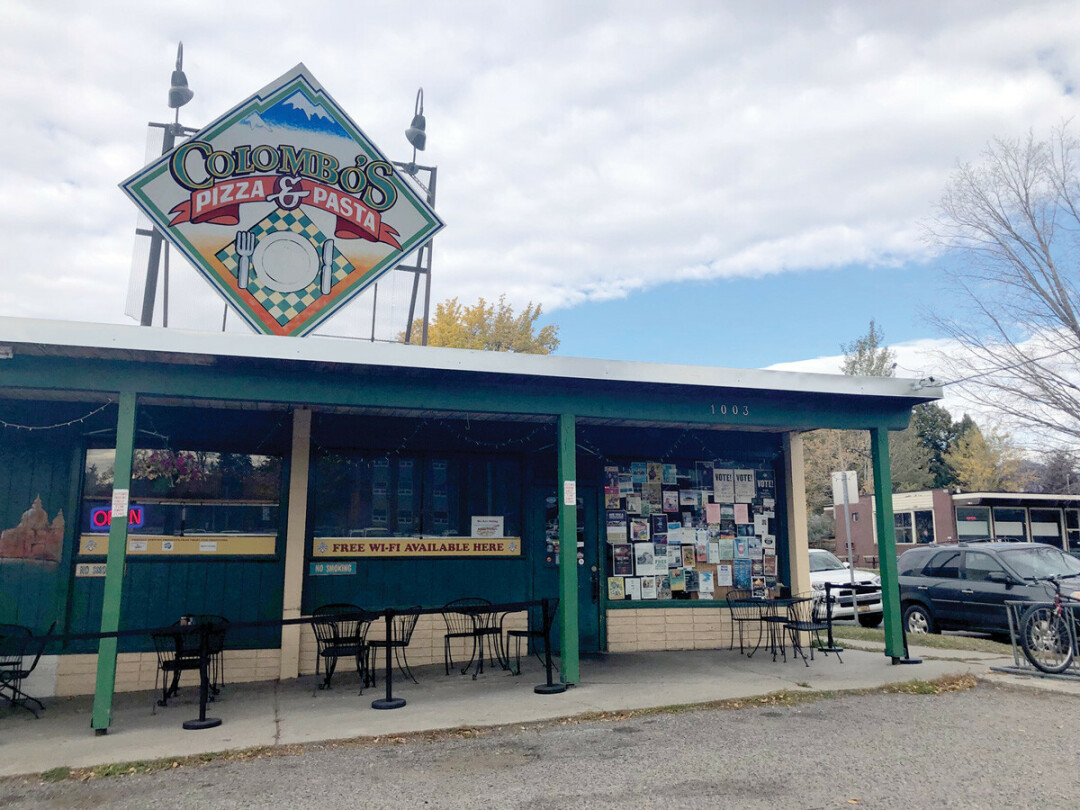 PA: What do you want people to experience when they walk through your doors?

CC: I want them to feel welcome and comfortable. The whole atmosphere is one of comfort. You don’t feel like you need to dress up here and it’s a place where you can bring your children, you could have your first date here. You can just sit here and study quietly. It’s just a place that’s welcoming to everyone.

PA: What makes Colombo’s unique in the Bozeman Food scene?

CC: Well, we do as much as we can from scratch. There are so many amazing restaurants in Bozeman right now, I don’t think that’s any special claim. We’re traditional though, I think we ride up that line between we’re not a chain Pizzeria, but we’re also not an elite wood-fired oven pizzeria, we’re somewhere in the middle and I think that offers something for everybody. 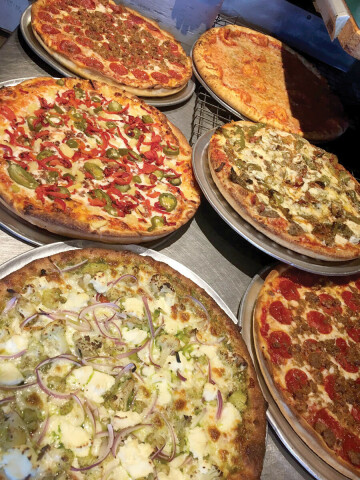 PA: What do your regulars keep coming back for?

CC: I think a lot of our customers remember my dad and so they come in because they remember seeing my dad and a lot of them remember my mom, who still pops in every once in a while. And they love our pizza or our baked ziti. I also think they love being recognized and welcomed when they come in, I love knowing my customer’s names.

PA: How has COVID-19 impacted your restaurant?

CC: We were really lucky because our customers reached out to us. Some of them offered us money because they were worried about us. It was so cool, we had such a great outpouring of support. We were able to break even and then we were really lucky with the government, with the state and the federal government giving us money, which was super cool. Now it’s just a matter of staffing and I think that’s pretty ubiquitous, it’s everywhere.

PA: What is your personal favorite menu item?

CC: I love the Eggplant Parmesan. It’s not breaded, I sweat it and then I roast it with olive oil and then we serve it with our house Marinara, Mozzarella and Parmesan.

We had to close down the salad bar for COVID-19, and I’m so happy we have it back. I love having fresh vegetables. It’s really tempting when you work around pizza and fresh bread all day to nosh on that, but I’m glad we have other options.

PA: What do you personally enjoy most about being part of the Bozeman community?

CC: There are so many things, we are so lucky to be in this position because we are able to be involved in schools: We have Irving School night and Longfellow night where we donate a portion of our proceeds back to those schools.

It’s cool that so many people in our community have special memories here. We’ve been here for such a long time, I think we are an institution in the best sense. 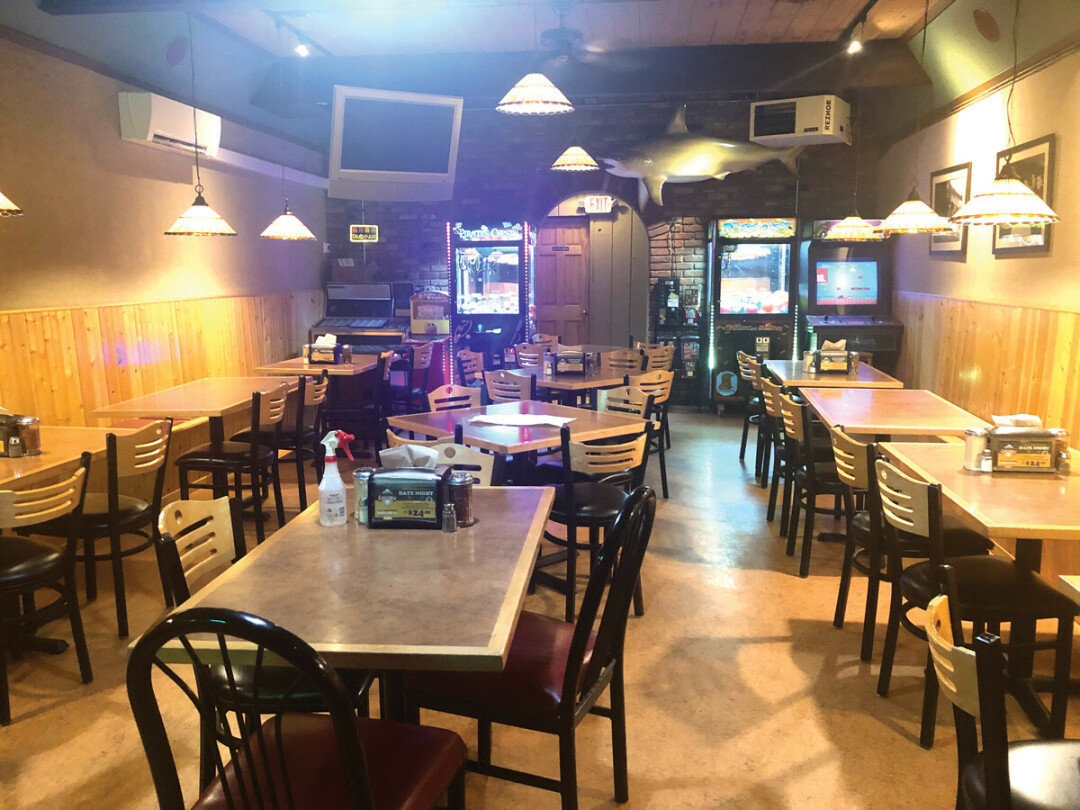 PA: Do you have anything coming up that our readers should know about?

It’s a long way away [the expansion], it’s up to the city. I know they’re doing their best, they’re just understaffed and overworked like everyone else.

Before I left, Cassie was thrilled to identify all the smiling faces in the black and white photos scattered around the restaurant. It’s heartwarming to see photos of the past and current generations: Her grandparents’ at their engagement party, her father with his family at the Copacabana, aunts, uncles, cousins all honored within the restaurant to further solidify how much love and support it took to make Colombo’s what it is today.

Whether you’re looking for the perfect first date spot, a place to take the family on a Friday night, or even just a little taste of Bozeman history, head on over to Colombo’s and you’ll immediately be greeted with open arms, smiling faces and old-school pizza, calzones and pasta.