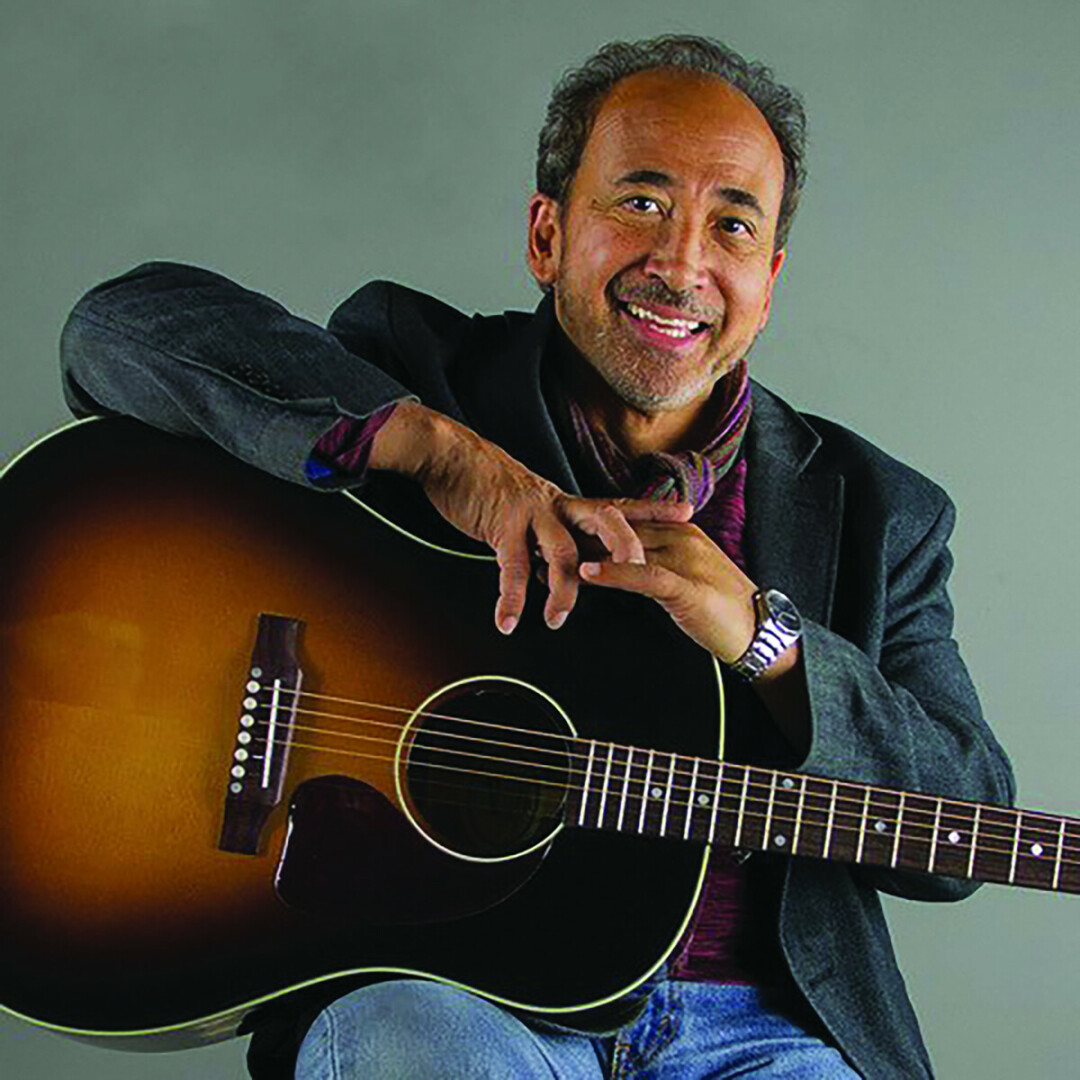 You may have bought sheet music or an instrument from Robi Johns when he worked at Music Villa in the early 1980’s. You may have taken a guitar class from him when he was an adjunct music professor at MSU/Bozeman. Maybe you saw him perform as part of the progressive rock band “In Flight” with the brothers Kohler (Lee and Rob), or you may simply know him as a familiar face around town that you can’t quite place. For over three decades Robi (sounds like “Robby”) has been busy working to conceptualize, along with a team of co-workers, some of the finest acoustic guitars ever made. Yes, for those of you who may not be aware, Bozeman has been the home of Gibson Guitar’s acoustic factory since 1989 building instruments for musical artists from all genres to include Arlo Guthrie, Pete Townshend, Billie Joe Armstrong and Bob Dylan to name just a few. Robi’s career with Gibson could easily qualify as one of the most exciting and creative jobs in today’s music industry. Let’s chat with Robi as he answers questions about the ins and outs of his decades long career in music and what keeps him going these days. Currently not performing (his last live performance was in 2012 for a Mike Devine “Main Street Show”), a massive brain hemorrhage temporarily disabled his left hand and leg in 2012. In the ten years since Robi has spent a large amount of his time (about 20 hours a week) working on regaining his hand and leg function. This monumental focus on his healing is in alignment with his big picture belief in unlimited possibility and his overall life purpose-to demonstrate music as a positive healing force in the Universe.

Bozeman Magazine: Can you describe what your job as Senior Product Development Manager at Gibson Acoustic entails?

Robi Johns: Many things are part of my role in pursuit of creating a new handmade acoustic guitar that serves the Artist as well as serves the company as an exciting offering that Gibson players worldwide will love. My role has evolved over the years and I have learned and honed it with my involvement in at least seventy-five signature guitars for artists. My involvement in these projects has grown from being just the handler of the product and selling the product to the point where I am at now in collaboratively creating the product with the artist and the guitar builders at Gibson. One of the best examples of the way my role has evolved is creating the Sheryl Crow Country Western guitar and some of her other models that followed it. Early on in my career with Gibson, which started thirty-two years ago in 1990, I was only handling the guitars for the artists as a link between Gibson’s very, very talented builders, whom I call luthiers, to work up and replicate as per the artist’s request. One of the first guitars I handled was Sheryl Crowe’s personal 1962 Gibson Country Western square-shouldered guitar. I remember I was so excited to have that guitar at my desk. To touch her guitar because she is a great artist and songwriter, I had not had that experience up to that time. It was inspiring.

Bozeman Magazine: Can you talk a little bit about your working relationship with Sheryl Crow?

Robi Johns: I have had the honor to work with Sheryl on a few projects. The Sheryl Crow Southern Jumbo Supreme we created later on, around 2012, and it is representative of that shift in my career when I went from handling the guitars to actually visualizing and creating the guitars that would give the artist what I sensed they wanted from the sound and feel of the guitar. I designed a smaller version for her from another Gibson Artist’s model that Sheryl loved which was a Jackson Browne guitar. I designed Sheryl’s version smaller because I realized that she was more comfortable playing a smaller instrument with a size similar to the Country Western we had designed for her earlier. Then I took some of the elements that made the sound and dynamic range of the Jackson Browne Model so beautifully expressive and put those and other tonal elements one by one into Sheryl’s Southern Jumbo Supreme. Around 2019 I had the privilege of designing the Sheryl Crow Country Western Supreme, a pinnacle custom shop version of Sheryl’s personally owned 1962 Country Western, the one I had squirreled away under my desk! That was in 1990. Little did I know back then that I would design the finest version of her favorite guitar 29 years later!

Bozeman Magazine: Robi-you mentioned that Sheryl Crow fell in love with the Jackson Browne guitar. How did that come about? 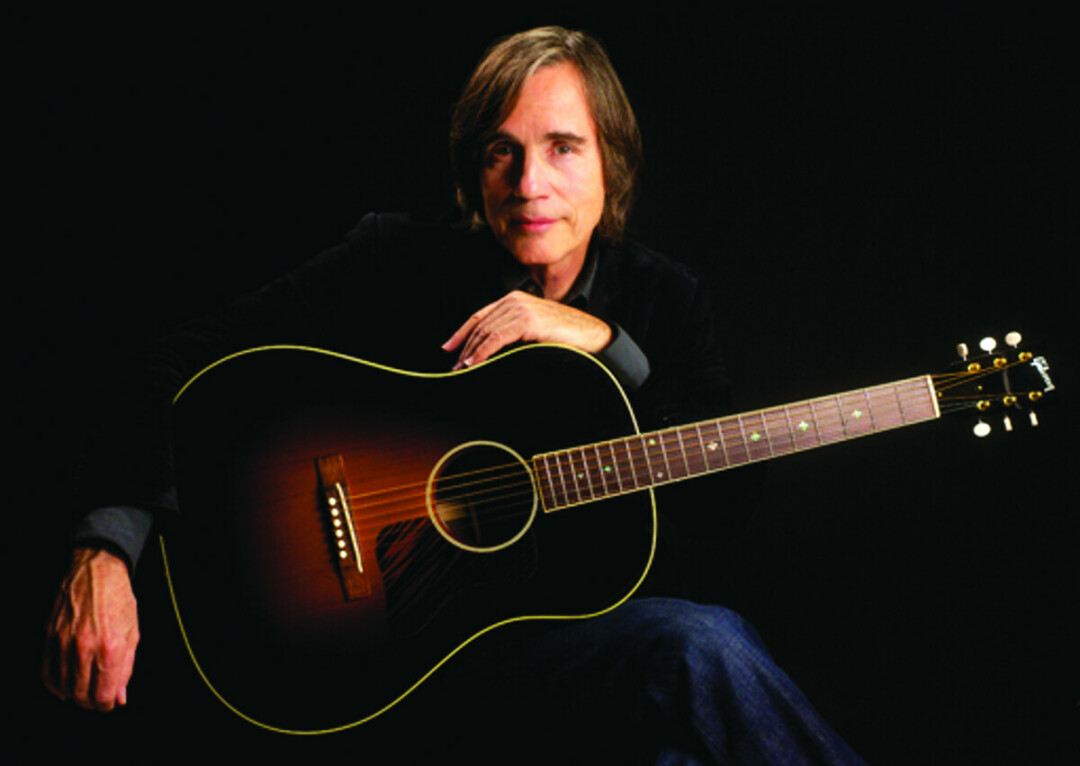 Robi Johns: Sheryl got to play one of Jackson’s Signature models at a gig where they shared the stage. She fell in love with it and contacted us.

Bozeman Magazine: The Gibson Jackson Browne Signature guitar? Can you tell us a little about the guitar, what went into creating it and what your role was?

Robi Johns: Yes. Jackson Browne, who is such an authentic artist and human being, had a quest in mind that I felt compelled to develop with him right to the very end. It only took us ten years! That quest was to reproduce something magical in the Gibson sound that many connoisseurs heard with their ears and felt with their fingers but not everyone truly understood. This was the sound of the 1930’s that Gibson created, particularly reminiscent of the Roy Smeck guitars. When we were finally done creating the Jackson Browne Model after a decade of tracking down and fine tuning that magical sound into a guitar it dawned on me that we hadn’t just developed a new model but that Jackson had become a mentor to me in teaching me how to replicate something that was as elusive as it was precious. Jackson, who is so benevolent, did this for the benefit of other artists and society to be able to experience the miraculous sound and performance capability of this guitar.

Bozeman Magazine: In addition to Jackson Browne and Sheryl Crow are there any other artists in particular that you can share a little about?

Robi Johns: Slash has several Gibson acoustic models. Cesar Gueikian, Gibson’s Brand President, heads up the current era of Research and Development for Gibson. Cesar is our product leader and a fan of classic and hard rock so he pulled in artists like the legendary Slash of Guns N’ Roses to do a version of our J-45 model and I consulted Cesar on that project. What I was able to give to Cesar as a consultant was information on what Slash might need in an acoustic guitar based on the way he plays. I am very proud to have had that role in creating this artist’s model which has been a tremendously big seller. Orianthi, a female rock guitarist, is another artist I have had the pleasure of working with. Orianthi flew here to Bozeman so I had the chance to not only talk with her over the course of a few days but to listen and watch her play and then create a model based off of not only what I feel she needed but also create a product that would benefit the musical world. We are very proud of this one because Orianthi plays very differently from other guitarists and I believe that we created an instrument that suits her shredder’s playing style in an acoustic guitar. I was also able to incorporate some things into the visual design that are important to Orianthi such as beautiful crystals and the lotus blossom symbol. This model became the Orianthi SJ-200, which to this day is selling beautifully. We took everything we knew about performing, everything we knew about the artist and everything we knew about Gibson and put it together into a guitar that was unique for the Rock style that she plays. The creation of this guitar was a major milestone in my career because not only did I play a stronger designer role in working with Gibson’s engineers and testing out a few things but I also feel that this guitar matured my ability to full-spectrum visualize all of the needs that the player will enjoy in a new model. The Eric Church Hummingbird Dark is another creative project that sticks out in my mind. Eric loves Hummingbirds and here I am watching this beautifully talented artist play but yet he tells me that he wants something darker, almost sinister in the character of his guitar. I thought to myself “Now how am I going to do this? How do I make a Hummingbird, which is such a distinctly beautiful instrument, take on a more sinister character?” I had an epiphany at Eric’s concert in Bozeman at the Fieldhouse. As I was watching the concert I saw a side of Eric’s onstage persona that actually had that sinister and dangerous edge to it that he wanted me to replicate in the guitar. It may have had something to do with the huge inflatable Devil dancer (nicknamed Lou C. Fer) at the back of the crowd, I don’t know, but at that moment it occurred to me that just as Eric had created a sinister alter ego persona on stage I could create an alter ego persona for his guitar. In that concert, literally, and I did not say a word and I walked out of there and went back to the office that next week , laid a piece of paper down and it was so easy. I drew out the Hummingbird that the Devil owned and sent it to Eric, not having a clue of whether or not it would work and I got a message back from Eric saying “It’s perfect, it’s perfect!”

All of the previously mentioned models I worked on after my 2012 brain injury. In fact, I finished up the Bob Dylan SJ200 models just a couple of months after the injury. What was lovely about this project was I got to be creative after such a devastating injury. At that point I could not only visualize what Dylan would like visually and audibly, I could also visualize where we could place the model in our products mix as a customized Super Jumbo. That model was one of the best selling Super Jumbo Artist models in Gibson’s history. In some ways I believe that my injury aids me in my creative work in the sense that I reach deeper into all the aspects of my ability and experiences as I heal. Since I am currently not performing live onstage, I strum, fingerpick and listen carefully to each new model and construct a performance deep in my imagination that allows my creativity to build and thrive. I constantly imagine myself performing each note of the instrument that I am creating for the artist and that is my joy.

Lots of positive changes have been going on at Gibson with its new leadership including a huge Bozeman acoustic plant expansion that has doubled the size of the facility. One thing that won’t be changing anytime soon though is Robi’s presence in the company. Now that he is a “man of a certain age” Robi has been fielding the inevitable questions about when he will hang it all up……His answer? “Retirement? You gotta’ be kiddin’ me. I’m just warming up!”

Kathleen Johns is the owner/founder of Mantra located in Bozeman, MT. Kathleen holds a degree in English Literature from MSU/Bozeman and is an avid high altitude gardener. You can connect with Kathleen through her website at www.KathleenJohns.com