I met New York Times bestselling author, Victoria Aveyard, during her book signing at the Gallatin Valley Mall. Her first series, The Red Queen, was written while visiting Big Sky ten years ago. Now working on her second book series, Realm Breaker, Ms. Aveyard mentioned that returning to Bozeman for her latest book signing made her feel as if she had come full circle. Having just released her newest book, Blade Breaker, Victoria was able to find time to meet with me at Barnes and Noble, to discuss why readers, both young and old, turn to novels for comfort in these difficult times. Ms. Aveyard seemed like a very charming, down-to-earth woman, who carried an air of sophistication. Marion Jackman: What do you think teenagers find most appealing and comforting about fantasy?

Victoria Aveyard: When you are a teenager you’re always subjected to the world around you. You are not in control yet, and also figuring out who you are. So you’re also not terribly in control of your own choices, and I think fantasy is naturally first and foremost an escape. I think we all, especially right now, want an escape. I was definitely a kid who gravitated towards fantasy because I didn’t feel like I fit where I was. I didn’t really like myself too much, so it was really great to have those stories you could sink into, escape into, and feel empowered by. I think a lot of teenagers feel that way. In terms of YA fantasy especially, I love that YA is so immediate and accessible. A lot of fantasy novels can be intimidating to readers, and it is really cool to write like “gateway” drugs into fantasy because I want people to know that these stories are great; just get through the first chapter.

MJ: What do you think your readers find comforting about your books?

VA: I do have a lot of my readers say that they weren’t very much into fantasy until they read my books. I kind of tricked them into reading them. Especially my first series, Red Queen, a dystopian YA fantasy, so that was a little bit of an easier sell. And in terms of these (gestures to the books), I think they’re really familiar. I like to write familiar, accessible fantasy, and build off tropes and ideas that we already inherently know, and one of the ways I storytell, [is by using] use three-act sequencing structure, which is the way most Western stories are told, so it already feels very familiar to a reader, and easier to metabolize. But I hope that they feel comfort in knowing that these books are going to take them on an adventure and pull them on a roller coaster. It’s always been my first goal. I’m an entertainer before anything else. If I have not entertained and transported you for a few hours then I haven’t done my job.

MJ: What got you into writing?

VA: I was always really into storytelling. When playing with my dolls and action figures, I would force my friends to act out these elaborate tales. They’d just lie and say that they had to go home or something. Before I was able to write, I was telling stories in my head. When I was able to use letters, my first stories were written in crayons. The first time I really thought about storytelling and writing was because of my brother’s influence. He was really big into video games, specifically Legend of Zelda. It was a one-player game, so I couldn’t play when he was playing, but I could “help him” with the guide books and show him all the maps. I was really into maps. Then I started drawing my own maps, which led to me questioning what was happening on the maps, and who the people were who lived on them. That’s why these books have very intense maps, because that’s always been my way into storytelling.​

​I think a lot of people write as a hobby, and there’s always that moment when you’re like ‘Wait, could you actually do this as a career?’ I remember it seeming very strange; I didn’t really put two and two together until high school. I just thought of writing as a hobby and never made anything of it. Then in high school, I was like, ‘I really like movies and television, and I really like writing.’ I found out that film school is a thing and that people go to school to study screenwriting. I was really into Star Wars and I knew a lot about George Lucas. I knew that he went to the University of Southern California to study film and I was like, ‘I want to do that.​​’

It happened to be one of the most competitive film schools in the world and it was one of those things, ya know, where you’re not sure what you’re asking for? I applied and somehow got in. I ended up moving from my small hometown in Massachusetts to Los Angeles to study screenwriting. Screenwriting is pretty similar to novel writing; the formats are different, but the way I structure stories is the same. I feel like one of those kids who grew up wanting to be an Astronaut and got to go to the moon. 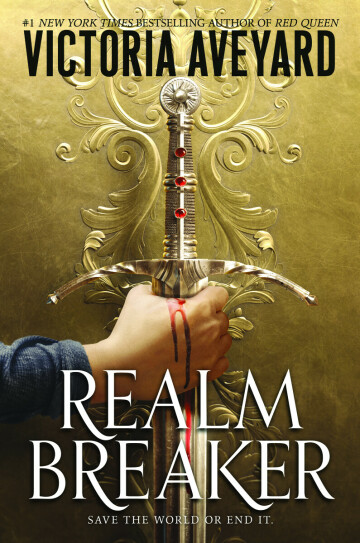 MJ: What would you like your audience to take away from your novels?

VA: At the very least, I want them to take away that they’ve had a great experience and forgot themselves for a little bit. I definitely was a kid that needed books to help me forget myself for a little bit. And it’s always really lovely when people say, “You know, I was going through a hard time and your books were something I could look forward to,” because I can totally relate to that.

Especially in this series, I’d hope that alongside a lot of other books, people would read these and realize that they can be a part of the fantasy world too, even if they don’t look like or act like or love like people they’ve read about in their usual class of fantasy stories. I think the genre is diversifying a lot more now, and that’s been really great.

MJ: What situations do your characters face that your readers might find relatable?

VA: Well, because I write YA, I think a lot of people ask, ‘What makes a YA book?’ Technically, it’s a marketing genre. I think all YA stories revolve around, regardless of what age the character is, someone discovering who they are and who they’re going to be. I also think that it’s a real universal and relatable journey. We’ve all done that and are continuing to do that. Specifically, the Realm Breaker series is a mix of teen POV characters and adults, but they are all in a place where their personalities and viewpoints are in flux. They’re realizing things about themselves that they didn’t really know before.

MJ: Do you think that’s part of what makes the ‘Savior of World’ archetypes so appealing?

VA: Yes, probably. Because I think we all kind of grow up thinking that maybe we are the chosen one. I think that as humans, by definition, we have to believe that we are exceptional. I think we all go through it. I know I went through it. Hoping that one day maybe my parents were going to tell me that I was the Princess of Genovia. Everyone wants to be special and important in some way, and I think that’s a good thing.

MJ: What do you enjoy most about writing fantasy?

VA: I love the escapism element of it. I love that I can sort of world build. I think I’m a little of a control freak, but knowing that I have complete control over the story, down to its DNA, is really appealing. I also think that fantasy is a little easier to communicate through, at least for me. I find that on the contemporary side of things, anything that isn’t your basic fantasy can be a little bit preachy when you’re talking about messaging. But when you dress your messaging up as fantasy, it’s a little more palatable. It’s like a sugar-coated pill, and that’s always fun. I never go in thinking what my message is, but I find it when I write, which hides it a bit more. It is very strange when I get readers who are like, “Oh, you should keep your politics out of it.” It’s funny because they’ll tweet, “You’re a writer, so just stick to writing and don’t be political.” All my writing is political. If you don’t think it’s political, you’ve missed something. All writing is political, fantasy especially.

MJ: Do you think fantasy opens people’s minds to ideas they wouldn’t normally be open to?

VA: Oh absolutely. I think it was X-Men that was a metaphor for gay people in America. When you start thinking of it that way, you’re like. “Yeah, of course!” I also think it was maybe True Blood, that was a metaphor for the AIDS epidemic in the 80s. If you suddenly change the lenses, people can find themselves relating to a fictional character going through this crisis or new identity. Which sometimes makes it a little easier to relate to a real person going through the same thing. Readers, by definition, are naturally empathetic because they are being taken on a journey with that character, feeling what they’re feeling. I find that readers in general are always that much better at putting themselves in someone else’s shoes, because they’ve had a lot of practice when they read.

MJ: What advice would you give to teens who are wanting to start writing, themselves?

VA: One thing that was really beneficial for me as a teenage writer was writing fanfiction. I was definitely terrified of letting anyone read what I wrote, and fanfiction has that level of anonymity. So it took that fear away a little bit and I got used to getting feedback and criticism, which was really helpful. It also helped me get used to letting other people read my work. It helped me learn who I was as a writer, and which stories I gravitate to when I write. It also helps you learn your strengths and weaknesses when writing in a creative field. So yeah, writing fanfiction was really helpful for me.

MJ: Thank you so much for allowing me to interview you.

Interviewing Ms. Aveyard was an absolute pleasure, and her books are a delightful read that any fan of fantasy would enjoy. Whether you’re just dipping your toes in the genre or a seasoned veteran, Ms. Aveyard’s books are bound to transport you into another fantastical world.

Marion Jackman is a Senior at MSU, majoring in English Writing, and an intern at Bozeman Magazine. When not writing, she enjoys going on adventures with her dog, Jay.