A Decade of Arts Under a Big Sky 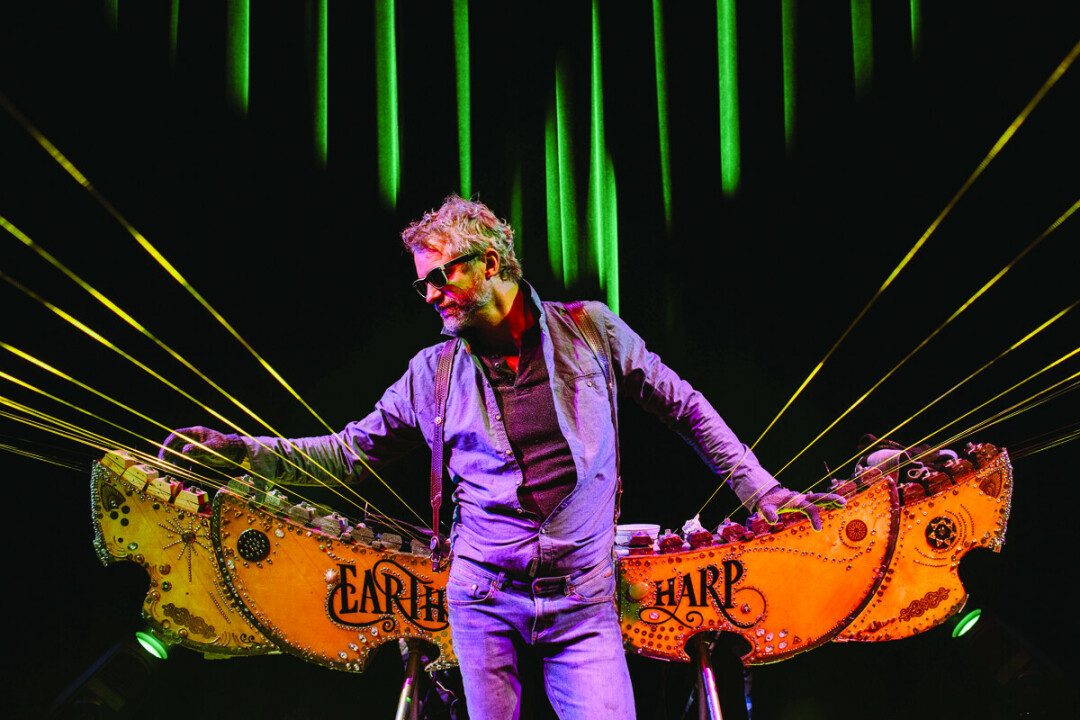 It’s been ten years since the Warren Miller Performing Arts Center opened its doors for its first performance. In a small town like Big Sky, ten years is monumental; many people wouldn’t recognize Town Center now if they’d passed through a decade ago. There are more shops, more condos, more restaurants, more trails on the mountain, and more people exploring all of the above. Alternately, in many ways ten years is hardly any time at all. Ten year olds are still a ways off from their awkward teenage years, when they shed the habits and baby fat of childhood and begin developing into their adult selves, the versions they’ll be for the rest of their lives.

But what about in the lifespan of an arts space? What does ten years mean? According to John Zirkle, WMPAC’s executive director, what he’s learned is that, “The edges are more flexible than we originally thought.”

WMPAC was conceived as a community space. It’s located a bit down the canyon past Big Sky, on the campus of the local high school, just across from the Gallatin River off Highway 191. It seats 280, and that intimate size means there truly isn’t a bad seat in the house. During the school day, local students use the stage for a cappella class or to rehearse the high school musical. On weeknights, Big Sky locals participate in a drop-in choir or take improv lessons, or rehearse their own lines for the annual community theater play.

“What’s incredible about the joint space agreement we have with the school is that local sixth graders will be onstage in the morning rehearsing the school play, and eight hours later a Grammy-winner will play on the same stage,” says Zirkle. “Everybody wins. It truly is a space for everyone.” In its first ten years, WMPAC has hosted over 300 shows. More than 5,000 artists, both professionals and amateurs, have stepped onto the stage. Over 70,000 audience members have taken in a show. Those are big numbers, particularly for a community with just over 3,000 full time residents.

Obviously, the Center’s namesake is its own legacy to live up to. Warren Miller is a bonafide hero in ski towns, and a hometown hero in Big Sky. Warren had a home there, and spent half the year there with his wife, Laurie, infusing the community with his signature passions for skiing and creativity. On WMPAC’s opening night in 2013, Warren was the guest of honor. He gave a speech welcoming the community to the space, and, pausing partway through to collect himself after choking up, said it was “the best theater I’ve ever stood on the stage in, and I’ve been on thousands of them, all over the world.”

“Having Warren Miller’s name itself is this great promise and challenge to live up to his legacy and add to it,” says Zirkle. “Warren inspired creativity and adventure in people. That feeling you get of experiencing great beauty and, through it, great freedom — that’s what he was about. And that’s what we’re trying to recreate in the setting of four walls and a stage.”

The fact that there’s such a vibrant arts scene is a testament to the natural beauty of the area — photographers, sculptors, and painters would be hard-pressed to find a more breathtaking landscape from which to draw inspiration. People come to Big Sky to get away from the rat race and hustle and bustle. They come to hike and bike and ski. They come to be outside, and to have space to themselves. So how is it that a theater whose offerings are primarily indoors has been so successful? 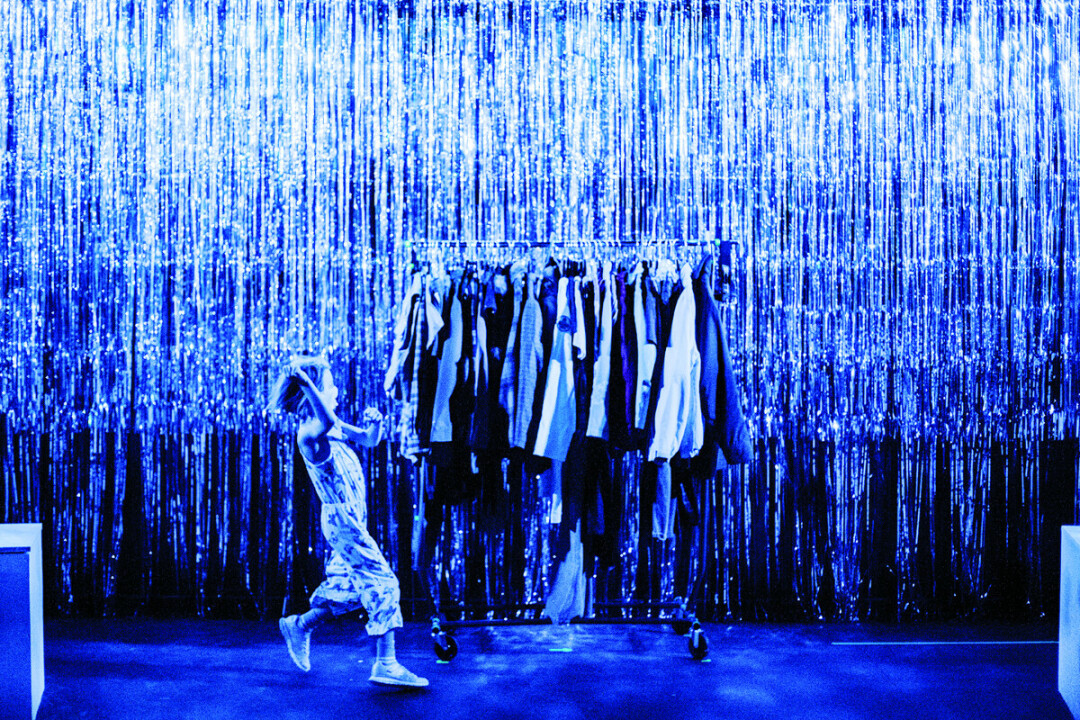 It might be that sharing an incredible experience with your friends is the secret behind both Big Sky and WMPAC’s allure. For so many residents and tourists alike, it’s the feeling of finding an untouched powder stash with your favorite ski partner, or watching the alpenglow with a glass of wine after a day on the slopes. Maybe it’s being with a child when they see a moose or a bighorn sheep for the first time. The same “can you believe this is real?” magic that people chase so fiercely and shape their lives around doesn’t happen exclusively in nature. A powerful arts experience can recreate that same feeling. “It’s you and your friends, in a small but packed house, experiencing something that makes you look around and say, ‘Oh my god, how beautiful is this?” says Zirkle.

That’s Warren’s legacy, and that’s the legacy that WMPAC has been carrying forward for ten years now. The variety of creative experiences so far has been impressive: the WMPAC stage has presented storytelling by NPR personalities, classical string quartets, a Native American rapper and fancy dancer, stand-up comedians, Chinese acrobats, over a dozen Shakespeare school performances, Zimbabwean a cappella singers, a 50-foot long earth harp, ballerinas tap dancing in ski boots, singer-songwriters, and magicians, to name a handful.

The upcoming winter 2023 season will feature performances of the American street dance style Memphis jookin’, Taiko drummers, a live podcast taping of NPR’s Planet Money, a Czech children’s choir, and a stand-up comedian, among others.

Basically, if you throw a couple darts at the lineup of any season, you’ll likely end up with shows that represent different ends of the performing arts spectrum. While big names have certainly been onstage in the past (Ira Glass, Vanessa Williams, and Tig Notaro come to mind), WMPAC strives to book shows based more on creative approach and unique genre than simple name recognition.

“The art world is vast. We could never capture or present even a fraction of all the different performances styles out there,” says Zirkle. “But what we can do is present all these bright spots of artistic styles and think of them as constellations in the sky.”

Constellations in the sky: just another overlap between what’s exhilarating about the natural beauty of Big Sky’s landscape and the art world.

Coming back to those flexible edges that Zirkle mentioned earlier: In its first ten years, the Center has evolved and been confronted with more challenges than anyone expected, even for a startup arts space. In mid-March 2020, as Covid cases began sweeping the country, WMPAC followed the lead of theaters on Broadway and shut its doors, cancelling the last couple shows of its season. The performing arts industry was one of many that were devastated by quarantine lockdowns and restrictions on public gatherings. How could the Center survive when what made the model so special — sharing an intimate experience with others in a small setting — was out of the question?

Warren would have appreciated the solution. It turns out that art itself didn’t have to adapt, just the venue and means of accessing it. WMPAC chose to invest in state-of-the-art streaming equipment and hosted a spring and summer season of virtual shows, ranging from an exclusive reading by former U.S. Poet Laureate Billy Collins to a virtual collaborative show from the Portland Cello Project. Though it required constant problem-solving, and there were definitely some dark days where solutions were hard to come by, Zirkle says the two plus years of the pandemic “opened our minds to more possibilities in terms of what a theater experience can be, and we’re grateful for that.”

Perhaps the most indicative performance in the last few days of 2020, WMPAC welcomed concert pianist Hunter Noack for the type of performance that, years later, people still light up when they talk about. Noack set up his Steinway grand piano in the center of the Big Sky golf course, around which a looping cross country ski track had been groomed. Audience members were given a set of specialty Bluetooth headphones that broadcast the music as he played, and spent the afternoon skiing or snowshoeing with their friends and community listening to Chopin and Liszt. Noack even performed an 8pm show in single-digit temperatures (don’t forget, this was late December at 6,300 feet), pausing after each piece to warm his bare hands under portable heaters on stage. Beyond him, Lone Peak was illuminated by a full moon and crystal clear skies.

A close-knit community exploring a breathtaking landscape on skis and sharing a creative artistic experience: Warren Miller couldn’t have scripted it better himself. When asked about what WMPAC’s future holds, Zirkle responds, “I can’t stop thinking about how we’re a small town in a big landscape with big dreams. We’ve been successful in the past, but the possibilities of what could be ahead for us are unlimited.”

So, what does ten years mean for an arts space? It means there are still a whole lot of constellations out there to discover.

Rikka Wommack teaches composition and writing at Montana State University, and works as a freelance writer and editor. She lives in Big Sky.