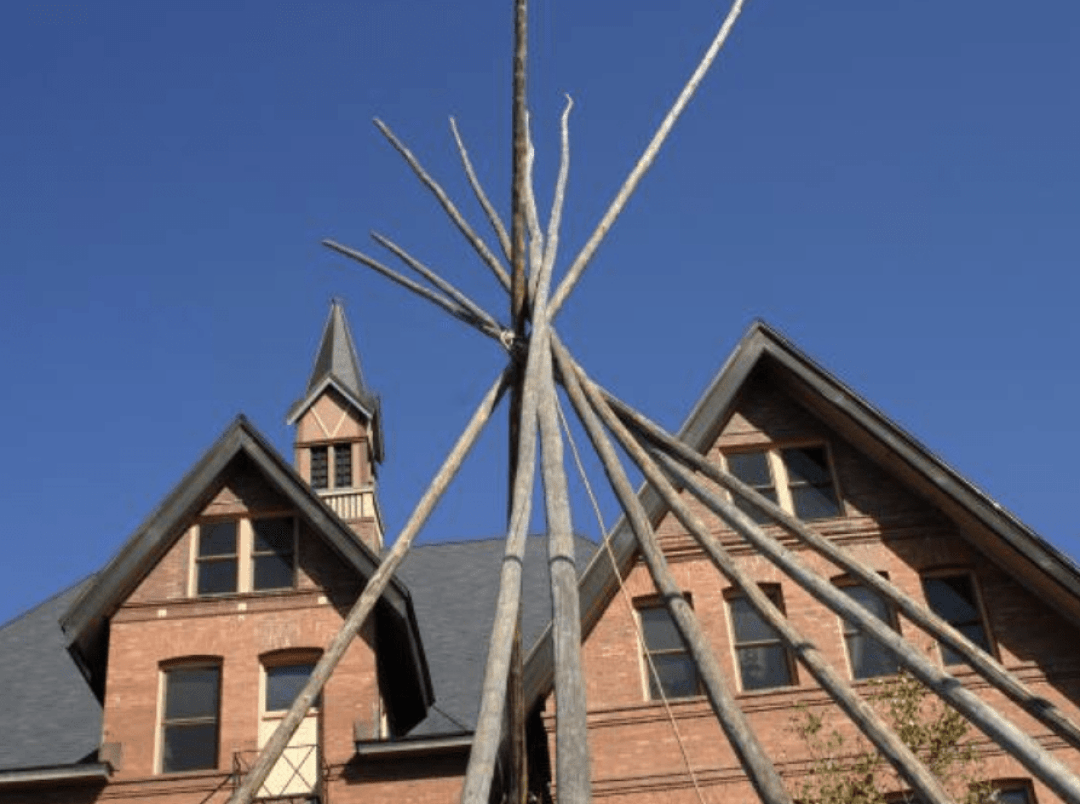 Montana State University’s annual American Indian Heritage Day celebration, set for Sept. 23-24, will focus on the national work to recover and return the remains of children who died at historical Indian boarding schools to their communities.

Nicholas Ross-Dick, program manager at American Indian/Alaska Native Student Success, said “A Voice for the Children” will bring awareness to the work that is being done in North America to return the remains of children to their peoples and communities. The two-day event will include a film, lectures by academics at the forefront of the recovery efforts, an educational exhibit and more.

“We are pleased to bring awareness, education and dialogue surrounding residential and boarding schools and the work and impacts of recovering and returning the remains of children to their peoples,” Ross-Dick said.

Ross-Dick said the organizing committee selected the topic after this summer’s discovery of hundreds of unmarked graves of children at the sites of former residential schools for Indigenous children in Canada. Ross-Dick said the program will feature Marsha Small, a doctoral student in MSU’s Individual Interdisciplinary Program and a member of Montana’s Northern Cheyenne Tribe who has been working at the forefront of the issue for several years. Small’s research, which has been featured in media reports around the world, includes using ground-penetrating radar to find graves at historical Indian boarding schools in the U.S. Her thesis for her master’s degree in Native American Studies, earned at MSU in 2015, was titled “Preservation of Sacred Sites and Sacred Places with Geo-referencing Systems: A Voice for the Children of Chemawa Indian School Cemetery.”

The event begins at 6 p.m. Thursday, Sept. 23, in the Procrastinator Theater with a screening of the film “Home from School: The Children of Carlisle.” Jordan Dresser, producer of the film, will be at the screening. The film focuses on the 2017 trip made by a delegation of Northern Arapaho tribal members who traveled from Wyoming to Pennsylvania to retrieve the remains of three children who died at Carlisle Indian Industrial School in the 1880s. Dresser, who led the Carlisle delegation, is currently chairman of the Northern Arapaho Tribe and a 2008 journalism graduate of the University of Wyoming. He has worked as a reporter for the Lincoln Journal Star, the Salt Lake Tribune, the Forum and the Denver Post. He has worked on several films about the ownership of Native antiquities.

A panel discussion, “A Deeper Perspective into the Gravity of Finding Indigenous Children,” is scheduled at 10:15 a.m. in the Procrastinator Theater. In addition to Small and Dresser, the panel will include Ann Douglas, an enrolled member of the Blackfeet Nation who is a psychologist with the All Nations Wellness Center in Missoula. The panel will be moderated by Patrick Jeffers, MSU’s academic services coordinator for Native American studies and a descendant of the Sault Ste. Marie Tribe of Chippewa Indians.

A “Prayer Walk for the Children” is set from noon to 12:45 p.m. around the MSU campus. The walk will begin at the at the east end of the Centennial Mall in front of the American Indian Hall, which will have its grand opening Oct. 16. Participants are encouraged to wear orange, the color of the movement. Fifty orange logo T-shirts will be available at the Procrastinator Theater the day of the event.

The event will conclude with a talking circle and call to action at 1 p.m. in the Procrastinator Theater.