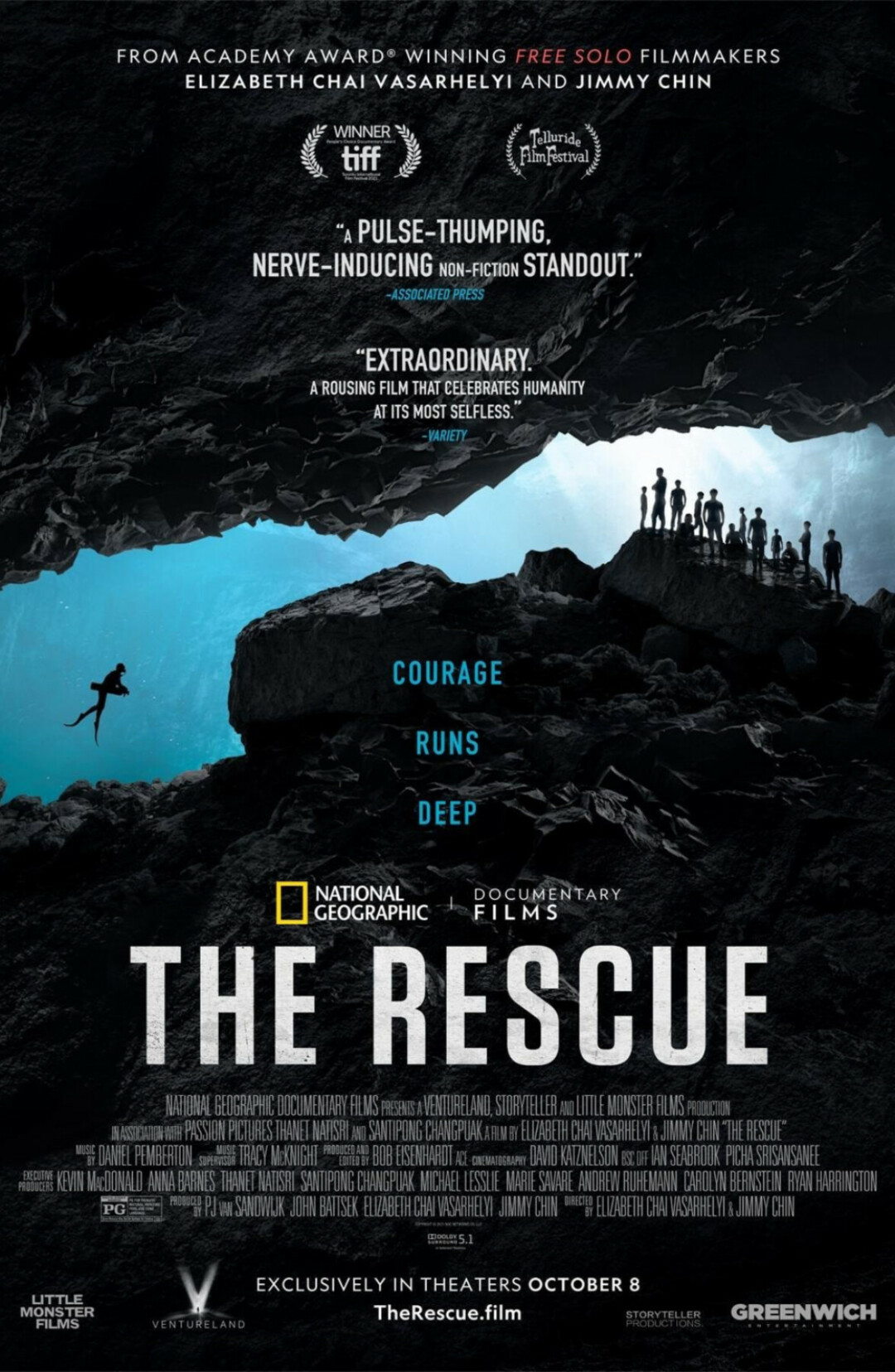 After a long year off, the Bozeman Doc Series returns for a seventh season on Thursday, December 2nd, at 7pm at the Emerson Center with the critically acclaimed new documentary The Rescue, from the Oscar-winning directors of Free Solo, Jimmy Chin and Elizabeth Chai-Vasarhelyi. The Rescue chronicles the enthralling, against-all-odds story that transfixed the world in 2018: the daring rescue of twelve boys and their coach from deep inside a flooded cave in Northern Thailand. Vasarhelyi and Chin keep viewers on the edge of their seats as they use a wealth of never-before-seen material and exclusive interviews to piece together the high stakes mission, highlighting the efforts of the Royal Thai Navy SEALs and US Special Forces and details the expert cave divers’ audacious venture to dive the boys to safety. The Rescue brings alive one of the most perilous and extraordinary rescues in modern times, shining a light on the high-risk world of cave diving, the astounding courage and compassion of the rescuers, and the shared humanity of the international community that united to save the boys. The Rescue world-premiered at this year’s Telluride Film Festival to widespread critical acclaim and was recently awarded the Grand Prize at the Banff Mountain Film Festival. “A stunning documentary of bone-deep moral resonance and cinematic mastery that deserves to be experienced on the big screen.” Variety “Even viewers who closely followed the 2018 deliverance of 12 young school boys and their soccer coach from a flooded cave system in remote northern Thailand are likely to be transfixed by The Rescue, Elizabeth Chai Vasarhelyi and Jimmy Chin’s masterfully layered account of the operation…a thrilling account of a hair-raising rescue.” Slant “The Rescue is a gripping, unsurprisingly moving early account, one that emphasizes the pluck and ingenuity of its heroes and the resilience and beauty of its survivors.” Los Angeles Times MASKS WILL BE REQUIRED AND CAPACITY WILL BE LIMITED TO PROVIDE FOR SOCIAL DISTANCING IN THE THEATER. Tickets are available at the door or before the show online at www.bozemandocseries.org, where you can also buy Season Passes and 7-film punch cards, learn more about the series, and view trailers for upcoming films. The series will continue every other Thursday through April.