A Night with Comedian Brian Scolaro! 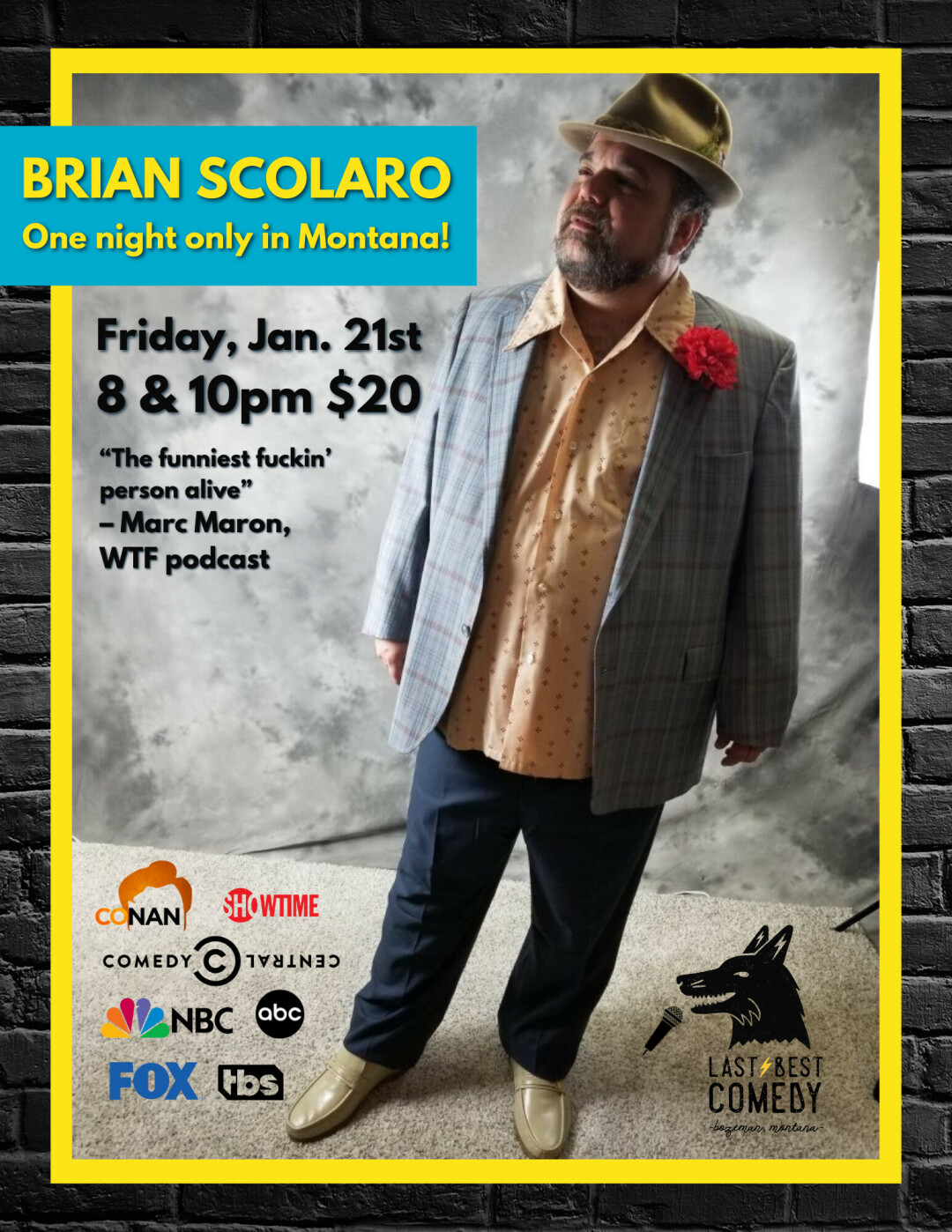 This is a show you won't want to miss! Brooklyn born Brian Scolaro is an actor and stand-up comedian. He got his start at the The Comedy Cellar in NYC, and he is most known for his appearances on “Conan”, his half hour Comedy Central special “Comedy Central Presents: Brian Scolaro”, as Brian on ABC’s “A Million Little Things”, as Doug on TBS’s “Sullivan and Son”, Uncle Bill on “Ten Year Old Tom”, Gordon on NBC’s “Three Sisters”, and as Stuart on FOX’s “Stacked”. Brian has appeared on many television shows including, “Shameless”, “Dexter”, “Mad Men”, “Bones”, “Castle”, “Grey's Anatomy,” “The Middle”, “Superior Donuts”, “I'm Dying Up Here”, “Alone Togehter”, “Abbott Elementary”, and has also had recurring roles on “A Million Little Things”, “Kroll Show”, “Life and Times of Tim”, “Ten Year Old Tom”, “Sullivan and Son” and “Wizards of Waverly Place”. He has four comedy albums available on all platforms and is also the author of the book “How to Punch a Monkey” on Amazon. Marc Maron said on WTF podcast, Brian “might be the funniest fuckin person alive.”