Bozeman Doc Series presents Pasang: In the Shadow of Everest 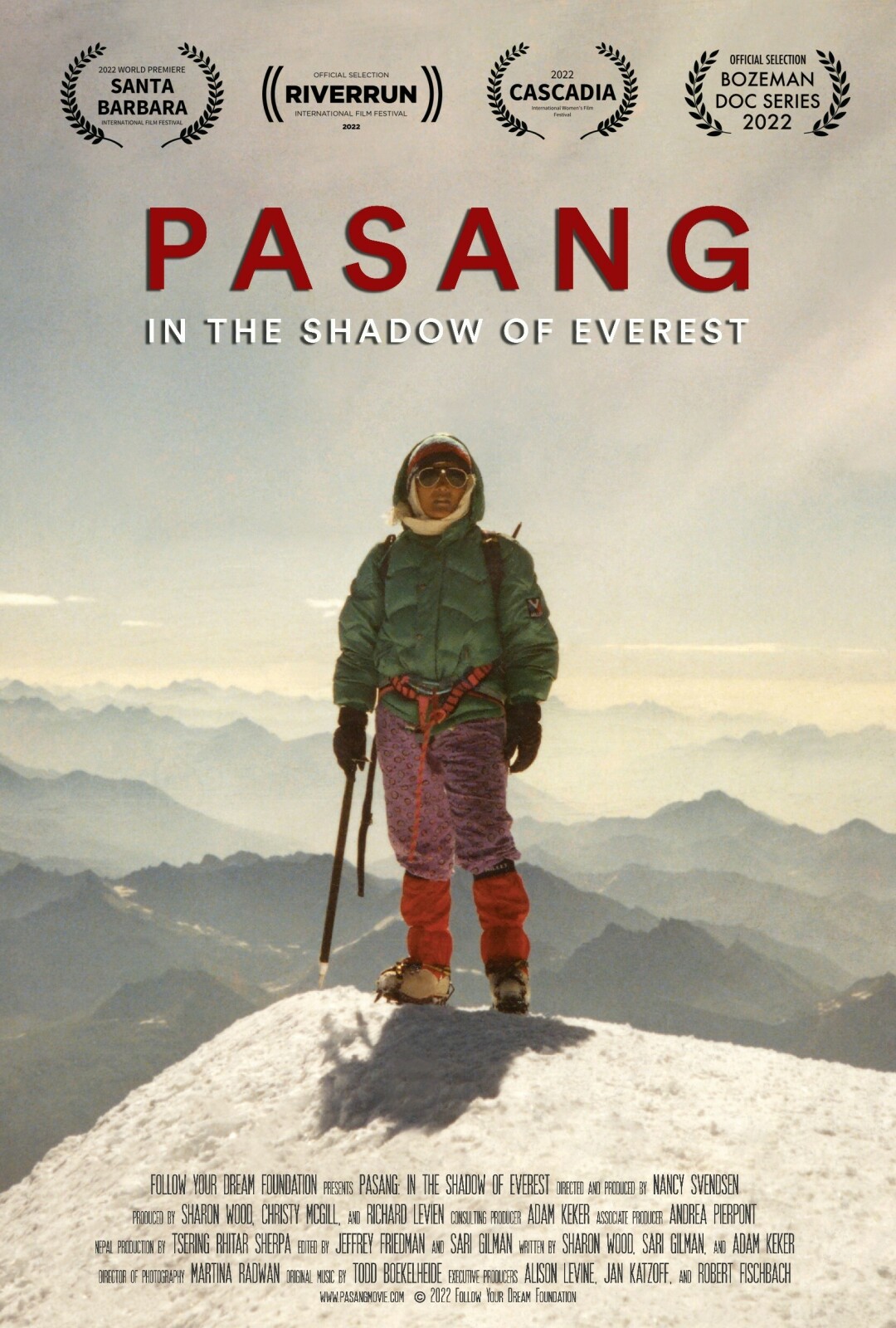 On Sunday, May 15th, at 7pm, at the Emerson Center, the Bozeman Doc Series and the Bozeman Sunrise Rotary Club present the Montana premiere of the critically acclaimed new documentary, Pasang: In the Shadow of Everest. Pasang: In the Shadow of Everest chronicles Pasang Lhamu Sherpa’s tragic and inspiring journey to become the first Nepali woman to summit Everest. As an uneducated, indigenous woman and a Buddhist in a Hindu kingdom, Pasang’s dream to scale the legendary mountain pits her against family, foreign climbers, her own government, and nature itself. Her determined pursuit of Everest plays out within the context of her nation’s quest for democracy and the emergence of the commercial climbing industry. As told by the Nepalis who knew her, by some of the world’s most notable alpinists, and by Pasang herself, the film documents her historic quest that would transfix her country and uplift a new generation’s belief in its possibilities. “Inspiring...a poignant example of the many untold tales of female heroism that are frequently under-recognized.” Reel News Daily “Uplifting...Pasang: In the Shadow of Everest does its heroine justice...the film abounds with archival footage and makes the most of the landscape at its heart...it will be remembered for shining a light on this untold powerful story about a woman who decided to have it all and realize her dream her way.” Film Threat “Pasang: In the Shadow of Everest is a moving and inspiring journey of a woman who defied cultural and traditional expectations. Her legacy inspired many women to pursue a career in the climbing industry after all. Pasang’s untold story is powerful, and she made history as the first Nepali woman to climb the peak, which is a story that everyone will remember for years to come.” Nuha Hassan The screening is sponsored by the Bozeman Sunrise Rotary Club, which is creating a Rotary Global Grant to support six rural schools in Nepal. Information about the club’s work and the grant will be available at the screening and a representative will discuss the project briefly before the film. Masks are now optional in the theater. Tickets are available at the door or before the show online at www.bozemandocseries.org, where you can also learn more about the series, and view trailers for upcoming films. Masks are now optional in the theater. The series will wrap up its seventh season on Sunday, May 29th.