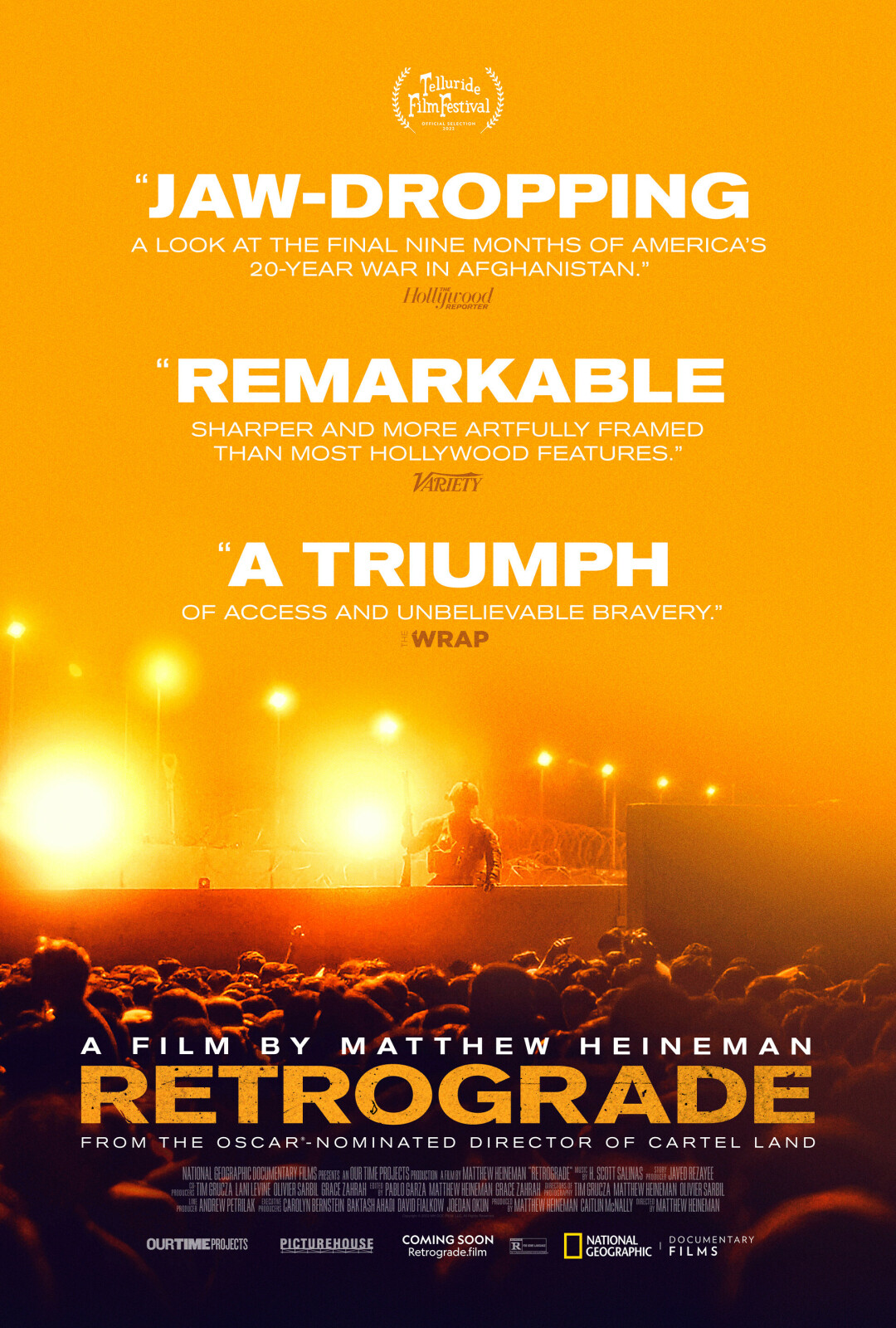 On Thursday, December 1st, at 7pm at the Emerson Center, the Bozeman Doc Series continues with the Montana premiere of the critically acclaimed new documentary Retrograde. Retrograde captures the final nine months of America’s 20-year war in Afghanistan from multiple perspectives: one of the last U.S. Special Forces units deployed there, a young Afghan general and his corps fighting to defend their homeland against all odds, and the civilians desperately attempting to flee as the country collapses and the Taliban take over. From rarely seen operational control rooms to the frontlines of battle to the chaotic Kabul airport during the final U.S. withdrawal, Oscar-nominated and Emmy Award-winning filmmaker Matthew Heineman’s latest film offers a cinematic and historic window onto the end of America’s longest war, and the costs endured for those most intimately involved. The Sundance Film Festival called Heineman “one of the most talented and exciting documentary filmmakers working today,” while Anne Thompson of Indiewire wrote that Heineman is a “gifted filmmaker who combines gonzo fearlessness with empathetic sensitivity.” Retrograde world-premiered this fall at the prestigious Telluride Film Festival. “A triumph of access and unbelievable bravery…a film that is incredibly honest; urgent but not frantic, heavy and somber and vitally important in capturing the human reality of an impossibly tragic situation created by two decades of bad decision-making.” The Wrap “Extraordinary...Four Stars...Even if you were glued to the news when it was happening, you won’t have seen anything quite like the shots Heineman and his co-cinematographers capture here.” The Guardian “Unsettling...jaw-dropping...full of images and captured moments that far outlast the film’s 94-minute duration....presented with so much intimacy that empathy is unavoidable.” The Hollywood Reporter Doors open at 6:30pm. Tickets are available at the door or before the show online at www.bozemandocseries.org, where you can also buy Season Passes and 7-film punch cards, learn more about the series, and view trailers for upcoming films. The series will continue every other Thursday through April, 2023. Masks are now optional in the theater.