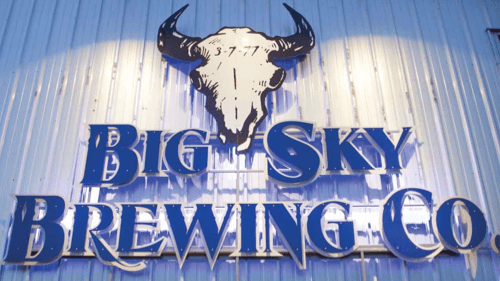 Big Sky Brewing Company was started by Neal Leathers, Bjorn Nabozney, and Brad Robinson. Brad and Neal had been homebrewers in Michigan since the mid 1980’s, and had moved to Missoula with a group of friends in the summer of 1990. In the early ‘90s they worked at Sportsmen’s Surplus and High Country Sports where they met Bjorn. One of Brad’s first nights in Missoula was spent at the old Iron Horse when it was attached to Bayern Brewing Company down at the end of Higgins Avenue. He was impressed by Bayern’s lagers, but felt that there was room in Missoula for a second brewery; and since Neal and Brad specialized in brewing English style ales he felt that an ale brewery would be producing very different beers than Bayern Brewing Company did. Neal agreed, and the two began to work on starting up a brewery.