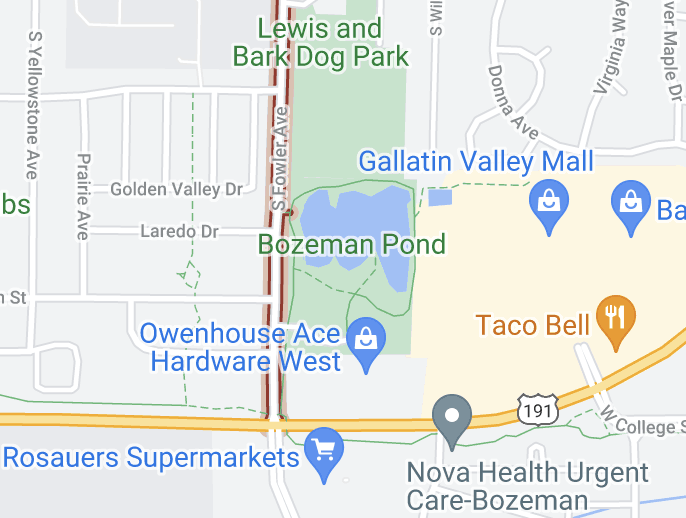 On July 4, 2021, at approximately 10:15 pm, the Bozeman Police Department responded to the Bozeman Pond walking trail in the 600 block of South Fowler Avenue for the report of two adults who had been shot.

Officers located two gunshot victims who were being cared for by nearby residents and were told the suspect had fled the area. Both victims were transported to an area hospital for emergency care and are expected to survive.

With the assistance of the Montana State University Police Department, Montana Highway Patrol and the Gallatin County Sheriff’s Office an exhaustive search of the area was conducted although the suspect has not been located.

The suspect is described as having a slender build, wearing a dark gray hooded sweatshirt, black mask covering their nose and mouth and approximately 5-09 to 6-00 feet tall. It is unknown at this time if the suspect is male or female.

No other persons were injured as a result of the shooting. This matter remains under investigation and anyone with information regarding this incident is encouraged to contact Detective Quinn Ellingson at 406-582-2956 (qellingson@bozeman.net) or email crimetips@bozeman.net.

Persons with information that help solve this crime may remain anonymous and could be eligible for a reward. The Bozeman Police Department thanks the local residents for assisting the victims and encourages all residents to promptly report suspicious activity to 911 or to the police department’s non-emergency line at 406-582-2000.

The Bozeman Police Department is requesting assistance with identifying the vehicle depicted below. This vehicle was observed in the area of the Bozeman Ponds shortly after the shooting was reported and was last seen traveling eastbound on Huffine Lane, from Fowler Avenue, at approximately 10:19 pm. The vehicle appears to have a front license plate however, the state and license plate number are unknown at this time.

We are appreciative of the public’s continued support as we have received numerous tips throughout the week that have provided valuable information. This investigation continues to be the department’s priority as we are diligently looking into all available evidence to identify the person responsible.

If you recognize this vehicle please contact Detective Quinn Ellingson at 406-582-2956 (qellingson@bozeman.net) or email crimetips@bozeman.net. Persons with information that help solve this crime may remain anonymous and could be eligible for a reward.