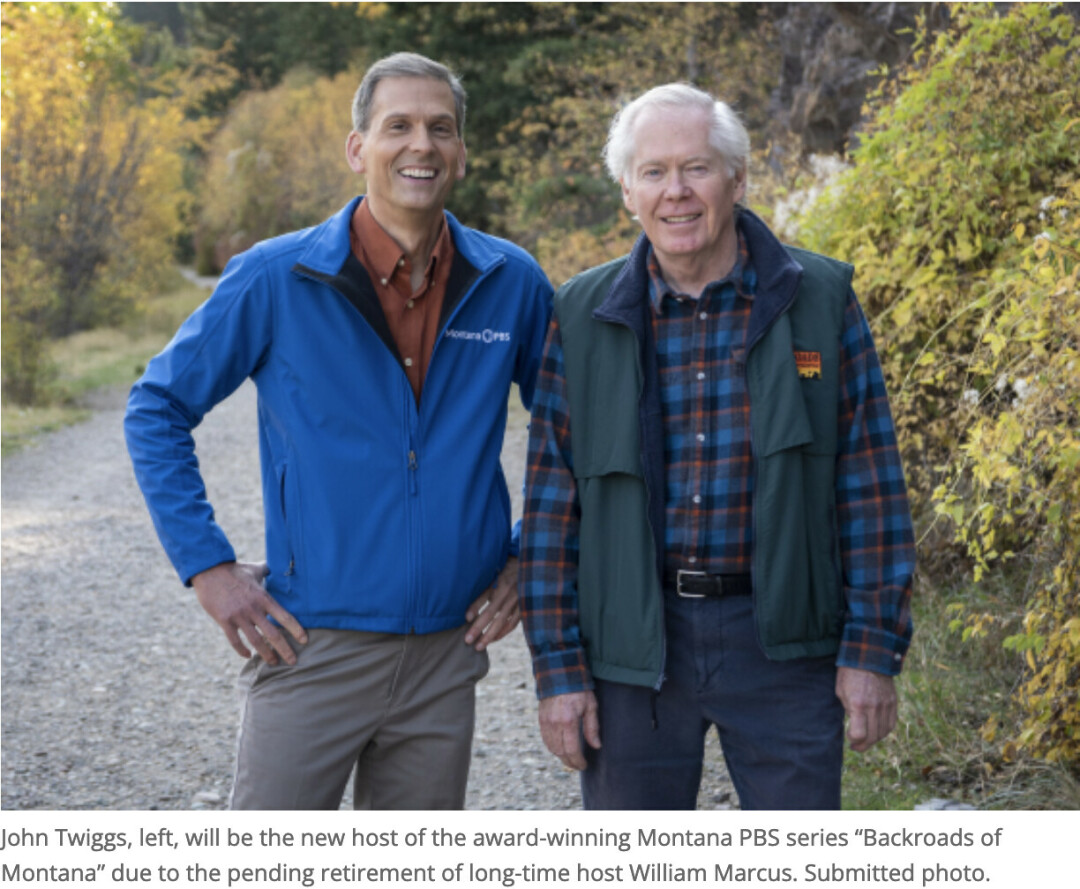 BOZEMAN — After 50 episodes, the awarding-winning Montana PBS series “Backroads of Montana” will have a new host, John Twiggs, due to the pending retirement of long-time host William Marcus.

Marcus, a fixture for years on Montana Public Radio and former director of the University of Montana Broadcast Media Center, has been the host of “Backroads of Montana” since it premiered in 1991. The popular show recently premiered its 50th episode.

“There are many stories yet to be told, and many places yet to visit on ‘Backroads,’” Marcus said. “The 50th program after 30 years seems like a good point to pause and reflect on what’s next. And for me to step aside. I am immensely proud of the programs we’ve produced and grateful to the talented ‘Backroads’ producers who have made it such a pleasure to be the ‘face’ of the program.”

“Backroads of Montana” and Montana PBS will celebrate Marcus’ time as host during a special pledge event scheduled for 8 p.m. Wednesday, Dec. 1.

Twiggs, currently a “Backroads” producer, will begin hosting the show for episodes to be released in 2022.

“John Twiggs understands the legacy, impact and potential of the program,” Marcus said. “I look forward to watching.”

“William has been a friend to so many Montana PBS viewers,” said Ray Ekness, director of the UM Broadcast Media Center and a “Backroads of Montana” producer. “He has introduced so many folks to parts of our state that we didn’t know existed.”

Along with Marcus, Twiggs and Ekness, Gus Chambers, Anna Rau and Breanna McCabe produce “Backroads of Montana” for Montana PBS through the University of Montana Broadcast Media Center. Now in its 30th year of production, “Backroads of Montana” is made possible with support from the Greater Montana Foundation, a Big Sky Film Grant and UM. The program has received multiple awards, including being named the Montana Broadcasters Association non-commercial television program of the year numerous times. To view episodes, visit montanapbs.org/backroadsofmontana.