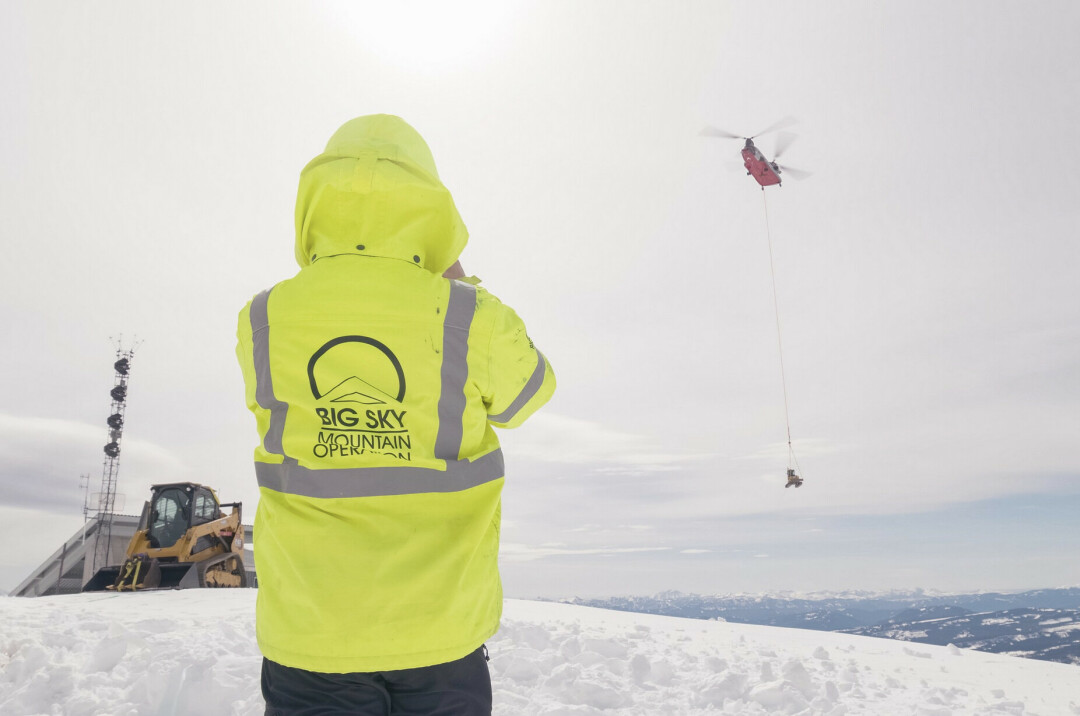 BIG SKY, Mont. – Construction on the new tram coming to Lone Peak started off with a blast. Since Big Sky Resort closed for the winter season on April 24, three to four feet of snow have fallen on the summit. While the spring precipitation is welcomed, beginning construction for the new tram required blasting a large cornice overhanging the eastern face from the summit. Ski patrol fired off 56 pounds of explosives, rappelling off the cornice to bury charges in the snow. Burying the charges helps to remove more snow, exposing rock and kickstarting the melting process.

“This was a special mission in a different way,” said Mike Buotte, Big Sky Ski Patrol’s director of snow safety. “Unlike the work we do during the ski season, this was less about mitigating avalanche hazards, and much more about snow removal from the summit.”

With the construction platform on the summit safely created, a Chinook helicopter transported equipment that will be used in the construction of the tram’s new upper terminal and tower. The dual-rotor helicopter made five passes to the peak, carrying an 8x8’ toolbox, air compressor, fuel cell, skid steer, and mini excavator. Big Sky Resort’s Lift Maintenance team was on hand at the launch site to rig the equipment to the helicopter, and on the summit to receive each drop. Due to the small construction site and remote location with no service road, much of the construction will be done by hand, with helicopter supply drops happening frequently.

Snow removal and the installation of safety equipment on the summit will be the next big steps to move forward with construction. At the lower terminal, snow removal and surveying are taking place to prep for groundwork and concrete pouring.