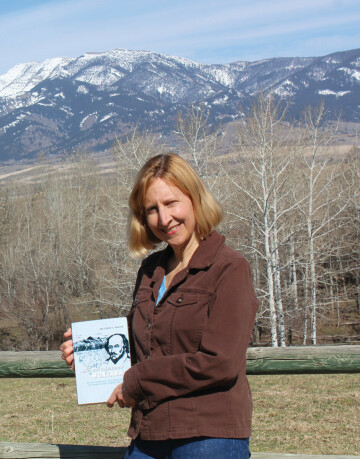 Gretchen Minton, professor of English at Montana State University, won the 2020 Montana Book of the Year Award, for her book “Shakespeare in Montana: Big Sky Country’s Love Affair with the World’s Most Famous Writer.” Honor Book winners were Marc Beaudin from Livingston for his book of poetry called “Life List: Poems,” Chad Dundas, from Missoula, who wrote “The Blaze,” and “Regarding Willingness, Chronicles of a Fraught Life,” by Tom Harpole of Helena. Minton and Beaudin, both from this area of Montana, won honorable mention for the 2021 Western Writers of America Spur Award.

The Montana Book Award, established in 2001 to acknowledge the phenomenal literary talent that exists in Montana, is an annual award that recognizes literary and artistic excellence in a book published each year. Eligible books are either set in Montana, deal with Montana themes, or are written, edited or illustrated by a Montana author or artist.

Diane Smith, winner of the first Montana Book Award, said this about the importance of this award: “The Montana Book Award has done all Montanans a great service…it’s a subtle but very important form of economic development, for the writing profession brings money into the state and, in the process, leaves a very small environmental footprint. Writing is a profession in which, unlike the industries of the past, the rewards of the worker’s labor stay in the state, and the product these workers produce enriches us all. Anything we can do as a community to encourage, support and recognize our writers—and give them voice—is greatly needed.”

Minton’s “Shakespeare in Montana” traces more than two centuries of Montana history and uncovers a vast array of different voices that capture the state of Montana’s love affair with the world’s most famous writer. From mountain men, pioneers, and itinerant acting companies in mining camps to women’s clubs at the turn of the twentieth century and the contemporary popularity of Shakespeare in the Parks throughout Montana, the book chronicles the stories of residents who have been attracted to the words and works of Shakespeare. Minton explores this unique relationship found in the Treasure State and provides considerable insight into the myriad places and times in which Shakespeare’s words have been heard and discussed. By showing what Shakespeare has meant to the people of Montana, Minton offers a better understanding of the state’s citizens and history while providing a key perspective on Shakespeare’s enduring global influence.

An excerpt from Minton’s book illustrates the long history of Montana’s love of books, literature, and discussion:

Mountain man and trapper Osborne Russell spoke of winters in the 1820s not far from modern-day Red Lodge, Montana when he and his men “had nothing to do but to eat, attend to the horses and procure firewood,” so they spent their time reading. The books they carried with them and used as their constant companions included works by Lord Byron, Sir Walter Scott, Shakespeare, and the Bible. The men circulated the books they possessed and then took to “spinning long yarns” of their own.

Russell spoke fondly of the power of stories—especially those derived from Shakespeare—on those long winter nights:

“We all had snug lodges made of dressed Buffaloe skins in the center of which we built a fire. The long winter evenings were passed away by collecting in some of the most spacious lodges and entering into debates arguments or spinning long yarns until midnight in perfect good humor and I for one will cheerfully confess that I have derived no little benefit from the frequent arguments and debates held in what we termed  The Rocky Mountain College and I doubt not but some of my comrades who considered themselves Classical Scholars have had some little added to their wisdom in these assemblies however rude they might appear.”

Minton’s work as a Shakespearean scholar is recognized worldwide. She has written critical editions of Shakespeare’s plays and has been published in highly acclaimed journals. Her fascination with words and literature led to her involvement in theatre, especially as a dramaturg (i.e., one who helps actors and directors understand themes and history of plays in live theatre). That, coupled with her interest in environmental issues, has led to direct involvement in site-specific theatre, often using classical texts to explore environmental issues in outdoor settings. 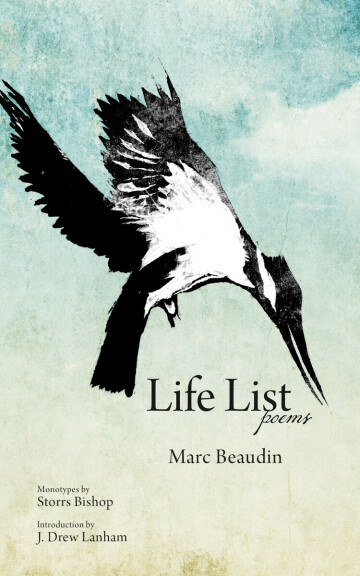 Marc Beaudin, an Absaroka-Beartooth Wilderness Foundation artist-in-residence, is a poet, theatre artist and bookseller (Elk River Bookstore) in Livingston, won honorable mention in the state-wide award for his book, “Life List: Poems,” a kind of field guide in poetry. The book pays tribute to the birds that have flown through Beaudin’s years of watching and listening, through his “vain attempts to render in language the precarious circumstances of being alive.” With a sharp critique of environmental, social and political issues, along with haunting ruminations on loss, love and the passing of time, these poems fill the skies with a feathered grace. An example of Beaudin’s work is this poem about Magpies:

Beaudin is fascinated not only with birds but also with words. In addition to, or perhaps because of, his love of books and texts, Beaudin has 20 years of experience acting, directing, designing, and stage managing live theatre, to complement his poetry and bird watching. Along with publishing his book of avian poetry, he asks, what is the soul if not the sum of the flights of a thousand birds?

Beaudin holds regular readings on his virtual platform, attracting listeners and fellow readers from all across the United States. Not only are poetry lovers attracted to Beaudin’s works, visual artists are as well. “Life List: Poems” is beautifully illustrated by Montana artist Storrs Bishop with drawings and paintings inspired by Beaudin’s poetry about birds.

Perhaps it says something about the quality of life and the inspiration that comes with living in southwestern Montana to find that two of the four award winners for the state of Montana State Book Award, Minton and Beaudin, live, write, and work in southwestern Montana. Their writings and their theatre work are strongly influenced by the natural world surrounding both towns; indeed, the environment of this region of Montana deeply infuses their work, as both revel in the beauty and peacefulness found in nature here. As Jaques says in his famous monologue from Shakespeare’s play “As You Like It”: “All the world’s a stage and all the men and women merely players,” so Minton also points out in her book that Montana as a state forms a beautiful natural stage anywhere and anytime. And Beaudin writes about the actors he sees in this natural world: the birds of southwestern Montana.

For more information about Minton’s other books and articles, please check out her website at www.gretchenminton.com; for more information about her work in site-specific environmental theatre go to www.montanainsitetheatre.org. Marc Beaudin’s bookstore, Elk River Books, can be accessed at www.elkriverbooks.com; find out about his poetry readings, theatre credits, book reviews, and other events at www.crowvoice.com