Belgreat! Bozeman’s neighbor to the west, Belgrade, is an essential part of the Gallatin Valley, and this month, we’ll take a look at how their real estate market has fared during the first seven months of 2022.

Similar to Bozeman, the month’s supply of homes has started to climb up slightly since hitting new lows last year. This is the number of months it would take to sell the current homes on the market at the current pace. A lower number generally constitutes a seller’s market, while a higher number indicates a buyer’s market. For the past few years, its hovered in the range of 2 to 2.5 months. Last year, it dropped to 0.7 months, but has now edged up very slightly, to one month.

Days on market remains low. After remaining essentially constant from 2019 to 2020, when it was at 26 and 25 days respectively, the median days on market dropped last year to five days, where it currently remains again this year.

I have included data for the number of single-family homes sold in Bozeman during the first seven months of 2022. In addition to the 413 homes sold during that period, another 94 home sales are currently pending, or are under contract as of the date of this writing.
The included data reflects sales of homes in the greater Bozeman area, including Four Corners, Gallatin Gateway, Bridger Canyon, and Bozeman city limits. The data includes home sales reported through the local Big Sky Country MLS, and does not include private party sales, Condominiums, or Townhouses. 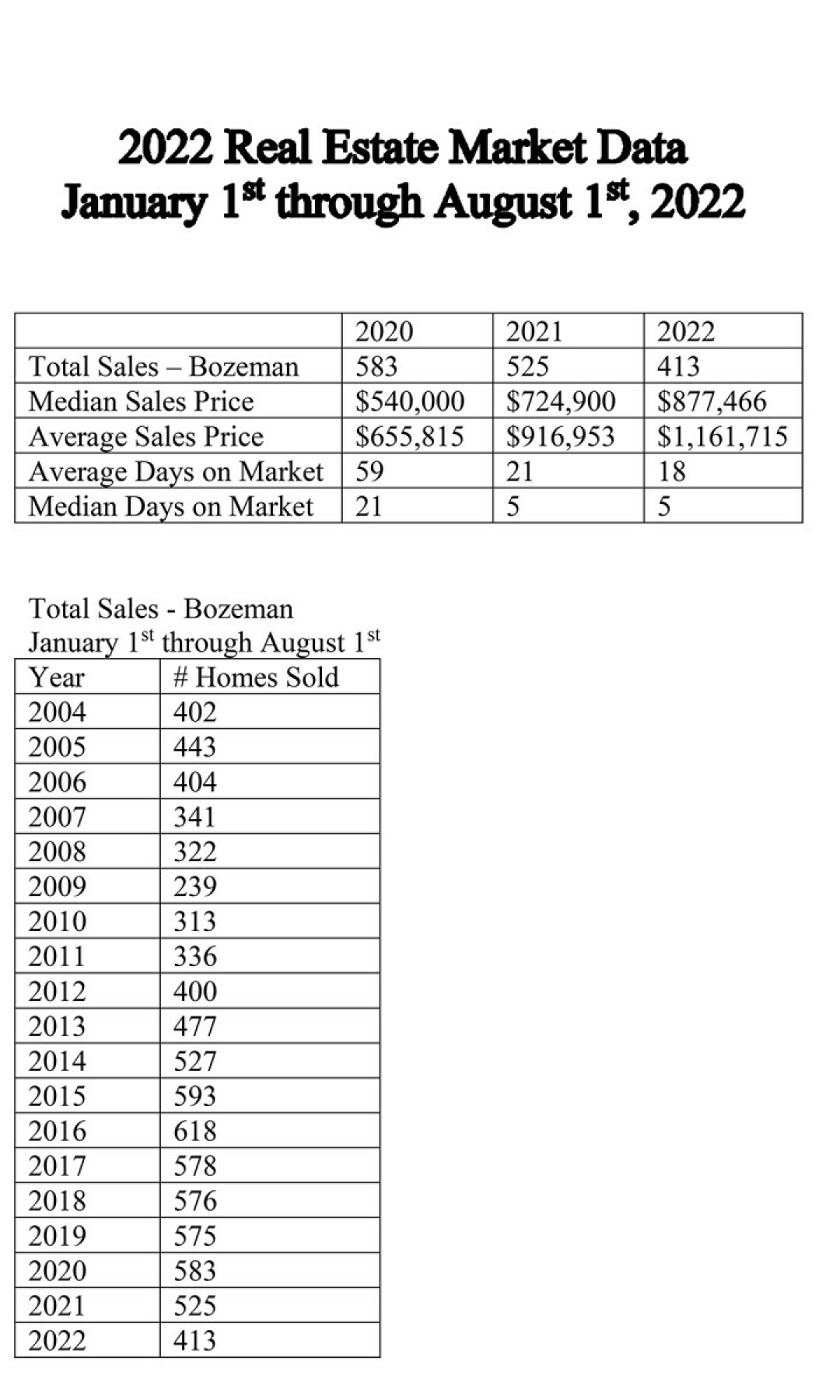