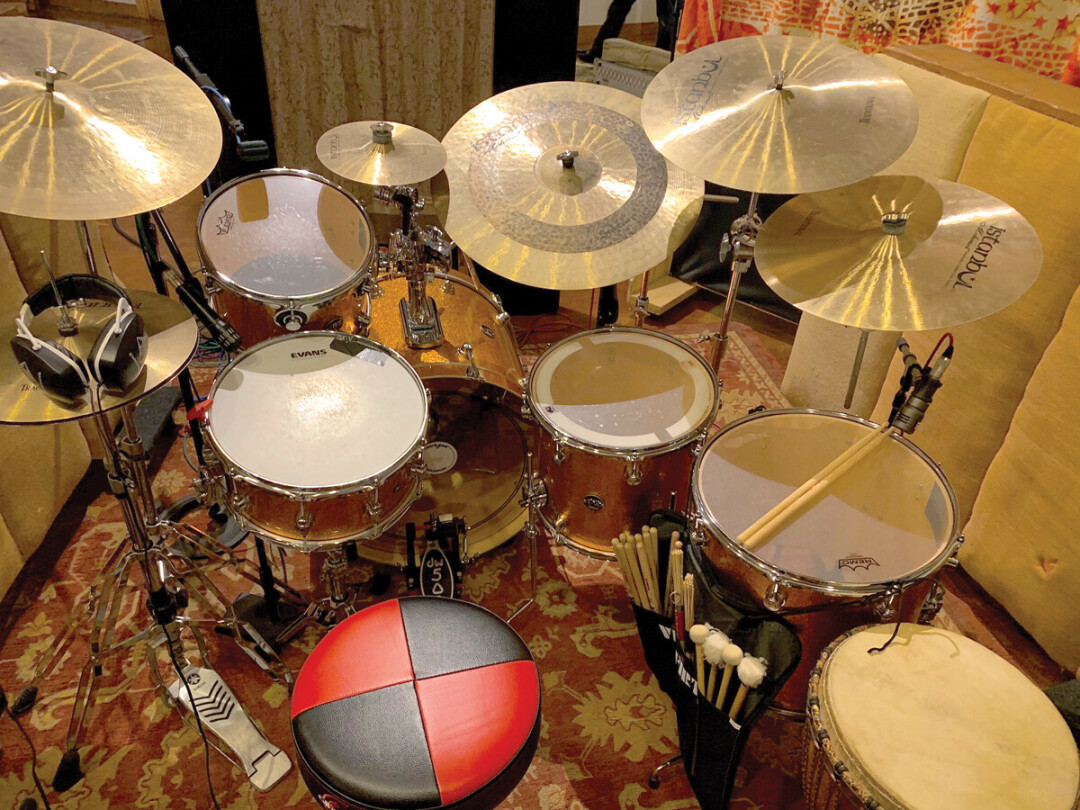 Over the course of my 50 year career I’ve always contended that the studio is my home away from home. It’s where I feel the most power, and a profound sense of peace. The dissection of the recording process, the almost surgical attention to detail has always been something that I’ve resonated with.

This story documents a memorable day in the recording studio and my brush with greatness:

It would’ve been 1994 because this particular record made its debut in 1995. I got a phone call from the Dateline mavens asking me if I’d be available for an album recording session—tomorrow. Record dates for “tomorrow” are normally few and far between, as record albums take quite a while to make, and the ramp-up time is usually quite long. Big pop records have many cooks and various sous chefs in the mix, and everyone has something to say about at least one thing, if not one hundred things. Dateline explained to me that this particular record and the artist for whom the record was being made needs to stay top secret: yes, she actually said, “This particular record and the artist performing on the record need to stay TOP SECRET.” I have no problem keeping a secret, particularly when it involves me receiving triple scale for a triple session, so breaking out my datebook, I scribbled down the salient details. As I wrested the phone in its cradle, I thought to myself, “Hey, it’s just possible that this particular record, along with the top-secret artist of note, just might make history.”

The next day I showed up at the appointed top-secret hour, at the less-than-top-secret recording studio, and met the top-secret producer de jour. “Michael,” said the producer-of-cred, “today we are going to make history. But please don’t tell anyone.” My trusty friend and cartage-guru Jimmy Boy Williamson had already set up my expensive-expansive drum kit in the hermetically sealed drum booth, but I had to grab several items from my vehicle to complete this top-secret mission. The “flavor of the day” producer requested that I bring additional snare drums to refine the sound on the particular two songs that I would be performing. Yes, the request for multiple snare drums was also top secret. So out of my vehicle came the snare drums, with me in tow, and as I re-entered the studio, the desk maven at reception wouldn’t even look my way because, I’m assuming, she was also told to make sure to keep this particular session top secret.

I sat upon the drum throne and began to service the top-secret producer with a myriad of brilliant snare drum sounds and soundscapes. First I tried a Piccolo snare drum, which failed miserably. I then offered another direction and grabbed a 7-inch-depth snare drum, which resulted in a “Goldilocks and the Three Bears“ moment as the producer-of-cred intoned over the talkback mic, “Michael, can you please find me something in between those two snare drums? Perhaps a 5.5-inch-depth would work.” Well, just like in the storybook tale of the disgruntled Goldilocks, this particular snare drum was “just right.” Thank the baby Jesus.

And then the tracking began. The first tune was a simple little R&B something or other, and after 26 or 27 takes, the producer screeched over the talkback mic, “Michael, I think we have exactly what we need.” In other words, he would cobble everything together with his ADAT machines later and make a drum track, one bar—or perhaps half a bar—at a time.

Then began the laborious task of being brilliant on the second song. You know, it’s interesting: when you have a “win” on a song that you record first, it’s always a bit of a downer to have to get to that second tune. (“Can I recapture that magic?”) As I played my fifth or sixth attempt, I spied some commotion in the control room. I could tell that there was an entourage of people arriving with someone of apparently great importance. Sure enough, the top-secret artist to which this particular day and the past year had been dedicated had entered the building. The A-list producer ushered me into the control room to meet this particular pop “king.” By the way, unless you’ve been living in some alternate universe, you would be familiar with this icon of pop frivolity. But it’s important that I keep this particular “king” of pop, and the story that surrounds it, or him, or her, top secret.

I was finally able to make my way into the center of this particular entourage, consisting of bodyguards, managers, thrill-seekers, and various hangers-on, and was greeted warmly—albeit in top-secret fashion—by a man of genuine heart, humility, darkness, and despair. Some extremely small talk ensued, but I was more focused on what this man of mystery was chewing and continually depositing into a trashcan situated to maximize its accessibility. I also observed several boxes of Kleenex and witnessed my newfound top-secret friend dipping his hand into said Kleenex boxes and placing the tissues into his mouth one at a time. I had to ask. How could I not ask?

So this I said: “Excuse me, I couldn’t help but notice that you are putting tissue in your mouth, chewing and discarding. What, exactly, is up with that?”

My new top-secret friend said in a very soft voice, “Well, it’s not like I ingest it. I simply like the taste.”